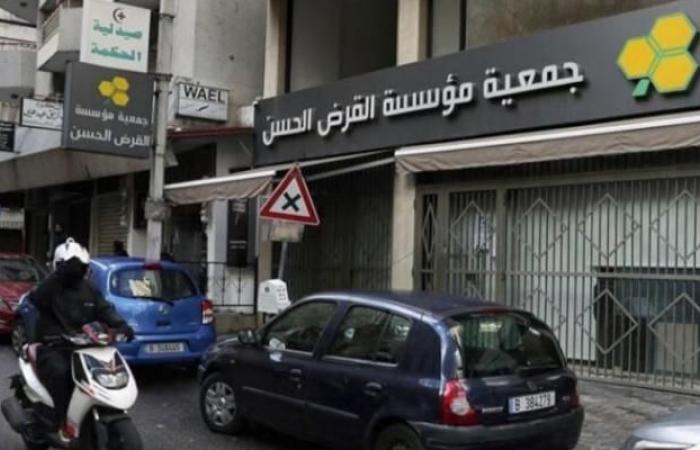 On Wednesday, Saudi Arabia brought the illegal Al-Qard Al-Hassan Foundation in Lebanon to the list of terrorism to the fore again.

Al-Qard al-Hassan is an association in Lebanon that began its activity years ago, as it plays the role of a bank by providing loans to customers, mortgaging gold and other banking transactions.

“Hezbollah Bank” as the Lebanese know it, the number of clients dealing with it is estimated at about 200,000 borrowers and they owe about $500 million in exchange for a gold mortgage for a period not exceeding 30 months, with the association retaining a financial value of the loan granted to be restored after a year of repaying the loan in full.

The branches of Qard al-Hasan – which is an unnamed name – are linked to each other through a network of “Hezbollah”, and they are absolutely outside the control of the Lebanese state and international institutions that monitor banking business.

The institution has more than 30 branches around Lebanon and has approximately 500 employees, all of which operate outside the financial system of the Lebanese state.

With the economic collapse that befell Lebanon, which in turn affected the legitimate banks operating in the market, Qard al-Hassan expanded its activities within the areas controlled by Hezbollah, and opened new branches.

The Hezbollah Bank has also installed ATMs, through which its clients and employees can obtain funds in US dollars, at a time when Lebanese banks are unable to pay their customers in foreign currency.

In the recent period, voices rose against this bank in its environment, rejecting the policy it followed by imposing on its clients who had previously obtained loans, to repay their installments in US dollars at the same market rate at a time when the exchange rate in the market recorded an unprecedented rise, which raised the value of loans more than 10 times as much.

At the end of 2020, that association affiliated with the terrorist Hezbollah was subjected to a hacking operation that revealed transactions with a large amount of money, in addition to a relationship with some Lebanese banks, including “Jamal Trust Bank”, which was subjected to US sanctions.

In light of the current crisis, the “Al-Qard Al-Hassan” Bank is the only financial institution that provides loans, in the first place, and loans in hard currencies, in the second place, which means, in practice, that it has become the only banking entity in Lebanon that performs this functional role, in the absence of This is with banks that lack liquidity.

The US Treasury imposed new sanctions on individuals associated with Hezbollah and the “Al Qard Al Hassan” Foundation on May 11, 2021, after the sanctions previously imposed on the organization in April 2016.

At the time, the US Treasury considered that “the good loan claims to serve the Lebanese people, but in practice it transfers funds illegally through fake accounts, exposing Lebanese financial institutions to possible sanctions” and thus contributes to “undermining the stability of the Lebanese state.”

She pointed out that “the Qard al-Hasan Foundation masquerades as a non-governmental organization under a license granted by the Lebanese Ministry of Interior and provides banking services to support Hezbollah, while evading appropriate licensing and regulatory oversight.”

The US Treasury added, in the rationale for its decision, that “by saving the hard currency that the Lebanese economy desperately needs, the institution allows Hezbollah to build its own support base and undermine the stability of the Lebanese state.”

On April 22, 2021, lawyers Majd Harb and Elie Kyrillos filed a complaint with the Appeal Public Prosecutor in Mount Lebanon, Judge Ghada Aoun, against the activity of the “Good Credit” association, “as it violates the provisions of the Monetary and Credit Law, which stipulates in Article 206 that violators must be prosecuted. before the criminal courts.

The bank also violates the text of Article 200, which stipulates the conviction of those who engage in credit activities without being registered with the Banque du Liban, based on the provisions of Article 655 of the Penal Code, according to the complaint, and Aoun referred it to the investigation.

As for the association’s “banking” activity, it is also in violation of the laws, according to the complaint, which prohibit practicing the banking profession without a prior license from the Banque du Liban.

The state of “Hezbollah”

For her part, the economic expert, Violet Balaa, confirmed that “Qard Hassan is an association and not a bank registered in the list of banks operating in Lebanon, and therefore its origin, goals and purposes are contrary to all laws, as it was established as an association, but its executive mechanisms follow the bank’s mechanism until today it reached the status of ATMs to withdraw money.” Funds through special cards for those who deal with them.

Bala’a told Al-Ain News: “These steps mean that Hezbollah is gradually increasing the size of its state within the Lebanese state and establishing its parallel economy, its banking system and all the executive mechanisms without being put to an end by the state because banking work is legalized by the government and a bank. Lebanon through laws in the parliament, it abides by circulars, it is monitored, and it pays taxes, but the good loan is outside this system and no one knows how it works, how it gives loans, where its money is and how it is used.”

The Lebanese expert adds, “There are a lot of question marks on the subject, and of course because it is linked to Hezbollah, the question cannot be asked or more details known,” noting that “these exchange mechanisms set by Hezbollah remind us of the ISIS currency that it issued during the organization’s rise stage.” before it is eliminated.”

As for the source of Hezbollah’s money, which is subject to US sanctions, and its Secretary-General Hassan Nasrallah has previously stated that it comes from Iran, Balaa says, “The first source is from Tehran, where the money is shipped by land as a result of the sanctions against him,” a note on the truck of money sent to Hezbollah from Iran, which Israel hit it a few days ago.

As for the second source: it comes from the internal market, through its network of money changers in the southern suburbs of Beirut, who contributed greatly to raising the dollar on the black market by buying green currency and converting money into dollars, in addition to the system of associations and institutions that operate between Lebanon and abroad and through which funds pass through. .

Also among those sources – according to Bala’a – are the fake associations that were established under the slogan of helping people through which money is sent to Hezbollah, “noting that some of these associations were included in the list of sanctions and others are undoubtedly under surveillance.”

These were the details of the news “Al Qard Al Hassan” in Lebanon.. “Hezbollah” Bank for Gold and... for this day. We hope that we have succeeded by giving you the full details and information. To follow all our news, you can subscribe to the alerts system or to one of our different systems to provide you with all that is new.