The Yemeni ambassador in Beirut submits a letter of protest to... 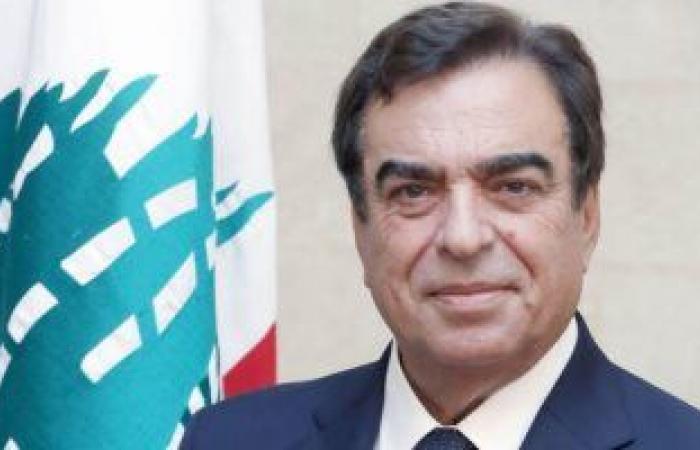 The Yemeni ambassador to Lebanon, Abdullah Al-Deais, confirmed, during his meeting with his Saudi counterpart in Beirut, Walid Al-Bukhari, that he will go to the Lebanese Ministry of Foreign Affairs, to protest against what was issued by the Minister of State Information, George Kordahi, saying: “We condemn this talk and his statement yesterday made matters worse; He did not offer any apology, but rather confirmed what he made.”

The Yemeni Minister of Foreign Affairs, Ahmed bin Mubarak, issued directives to the Yemeni ambassador in Beirut, to deliver the Lebanese Foreign Ministry a letter of condemnation regarding Qardahi’s statements.

Bin Mubarak said that these statements are a departure from the clear Lebanese position towards Yemen, its condemnation of the Houthi coup and its support for all relevant Arab and UN resolutions.

While George Qardahi said that he did not intend in any way to offend Saudi Arabia and the UAE, saying that he had love and loyalty to their leaders and peoples, according to a statement published by the National News Agency.

It is noteworthy that, today, the Bahraini Ministry of Foreign Affairs summoned the Ambassador of the Lebanese Republic to the Kingdom of Bahrain and handed him a protest note in which it expressed the Kingdom’s strong condemnation of the statements made by the Lebanese Minister of Information towards Saudi Arabia and the United Arab Emirates, and the false allegations he made regarding the course of the war in Yemen, which are denied by the facts. Documented and internationally proven evidence, according to the Bahrain News Agency.

In its memo, the ministry confirmed that the crimes and violations committed by the terrorist Houthi group against the Republic of Yemen and its brotherly people, and its continuous attacks on the Kingdom of Saudi Arabia, since its illegal coup against the government, refute these irresponsible statements that violated diplomatic norms, and represented an intentional offense to the countries of the coalition to support legitimacy. In Yemen, it ignored the principles and values ​​that govern fraternal relations between Arab countries.

The Saudi Foreign Ministry confirmed that it had summoned Beirut’s ambassador to the Kingdom in protest against the controversial statements made by the Lebanese Minister of Information, George Kordahi, according to the Saudi Press Agency.

The Saudi Foreign Ministry said in a statement issued today, Wednesday, that it had handed the Lebanese Ambassador to Riyadh Fawzi Kabbara an official protest note against Qardahi’s statements, which it described as offensive to the efforts of the Arab coalition led by the Kingdom in Yemen in support of the internationally recognized government.

In the statement, the ministry expressed Saudi Arabias regret over the “abuses towards the Kingdom and the coalition countries” that these statements include, holding Qardahi responsible for clearly biased towards the Yemeni Houthi group “threatening the security and stability of the region.”

Earlier in the day, the Kuwaiti Foreign Ministry summoned the Lebanese Charge d’Affairs to protest against Qardahi’s statements, which sparked widespread controversy, by saying that Saudi Arabia and the UAE “aggress against the Yemeni people” and that the Houthis “are practicing self-defense.”

These were the details of the news The Yemeni ambassador in Beirut submits a letter of protest to... for this day. We hope that we have succeeded by giving you the full details and information. To follow all our news, you can subscribe to the alerts system or to one of our different systems to provide you with all that is new.