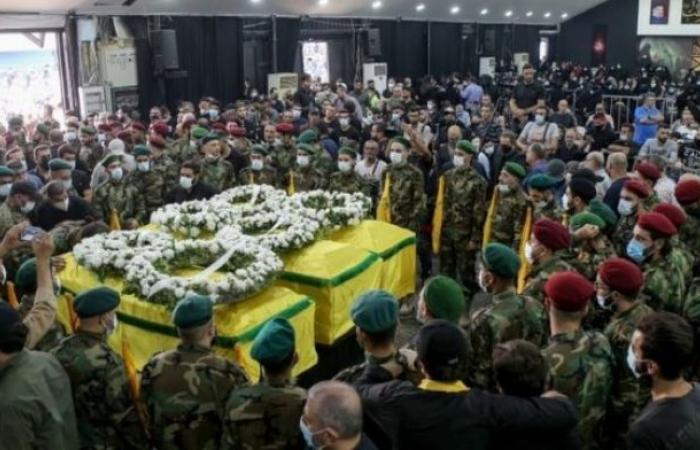 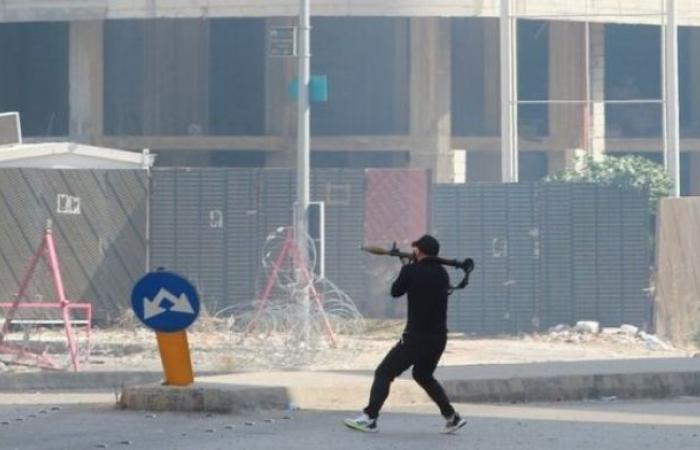 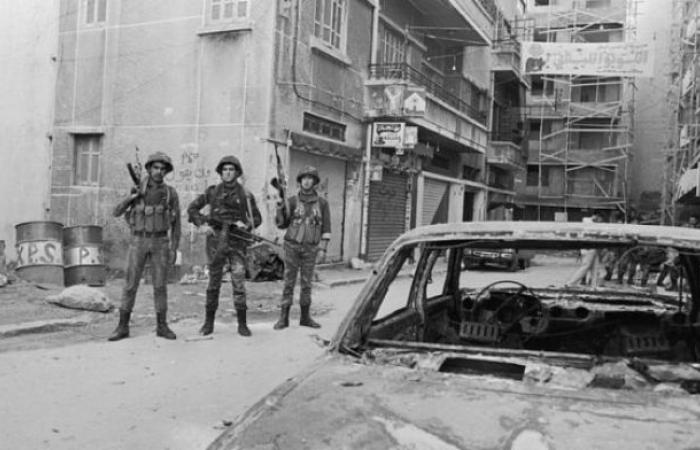 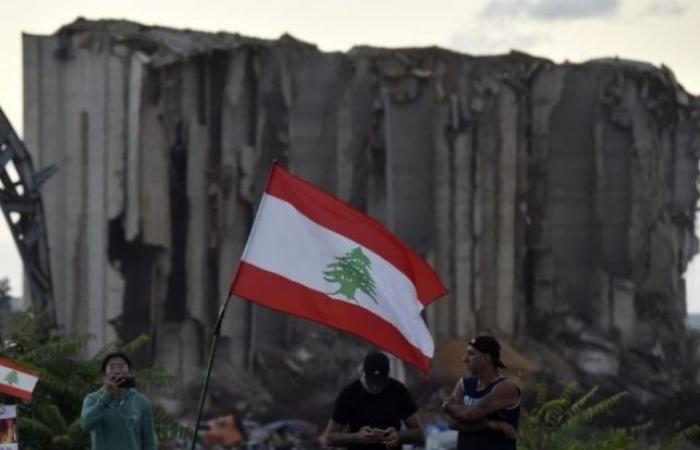 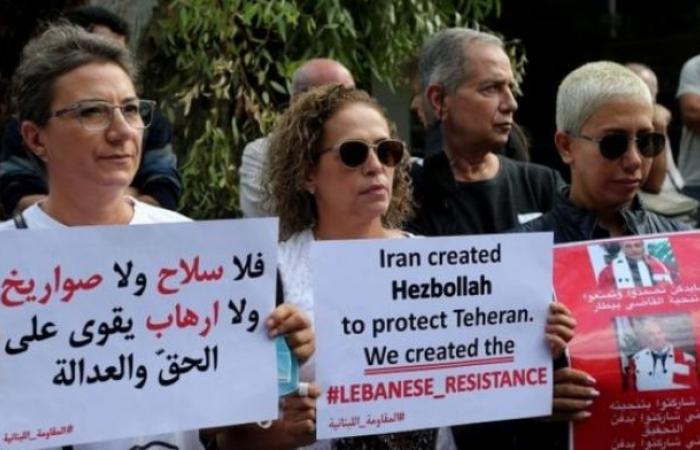 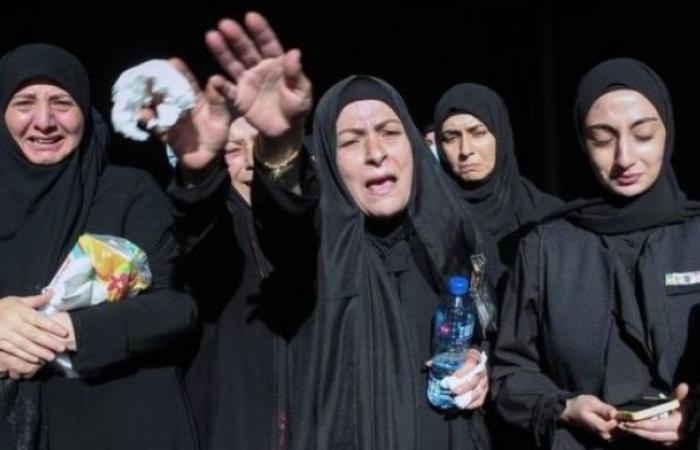 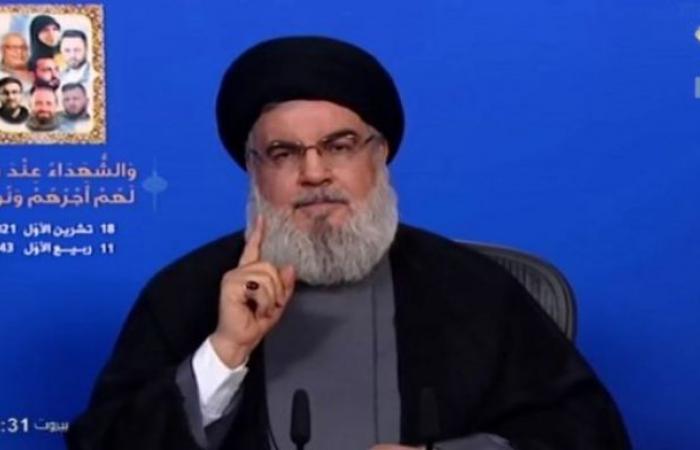 My friend and neighbor, Richard, was having online meetings in his office in the southeast end of Beirut when suddenly a horrific explosion occurred like hell.

He spent the next three hours hiding on the ground floor, where the sounds of war were heard around the building, sparking painful memories of someone who lived through 15 years of civil strife from 1975 on.

“I had all the memories of the civil war,” he said. “It was very intense, feelings of anger, fear and anxiety, especially for my children. I felt that they would live out all that I lived through during the civil war.”

When Richard got home safely later, he cried bitterly.

“I don’t know why,” he said, “I couldn’t work at all the next day. It seemed the trauma of war came back to me again. I didn’t want this to happen to me or my children.”

For Richard For many other Lebanese, the sudden outbreak of sectarian clashes in the capital on 14 October was a wake-up call.

Political tensions are very acute, the economy is collapsing, electricity and fuel are virtually unavailable, prices are rising, and now gunmen are fighting in the streets again.

Was the country teetering on the brink of another civil war?

One of the many reasons why the clashes had such resonance is their location. The Christian suburb of Ain al-Rummaneh, located on the southeastern edge of Beirut, started the civil war in April 1975, after a series of incidents that culminated in the shooting of a bus carrying Palestinians by Christian gunmen. More than 20 people were killed.

Over the next 15 years, Ain al-Remmaneh was on the front line in a shifting civil war, against the neighboring Shiite-majority suburb of Chiyah.

From the suburb of Chiyah, a number of Shiite protesters sparked the October 14 clashes after marching to Ain al-Remmaneh, chanting provocative sectarian slogans: “Shi’a, Shi’a, Shi’a!”

All seven of those killed in the shooting that followed were Shiites, including some from Iran-backed Hezbollah and its allied Amal Movement.

The events fueled a violent exchange of accusations and denials between the Shiite alliance, led by Hezbollah, and the Christian Lebanese Forces party.

Hezbollah’s leader, Hassan Nasrallah, accused the Lebanese Forces party of sending snipers to shoot from rooftops in an effort to stoke a civil war that he would not be drawn into, he said.

Samir Geagea, the leader of the Lebanese Forces party, responded that his party does not have a militia and does not seek war, accusing Hezbollah of trying to cover up its involvement in the massive explosion that hit the port of Beirut in August last year, by pressing for the dismissal of the investigative judge, a case that Led to the organization of a Shiite demonstration.

Recalling the events of 1975, a number of observers predicted that a full-scale civil war was on the verge of erupting. Accordingly, few imagined that this would continue in various forms for 15 years, creating fault lines that clearly still exist today.

So innocent-intentioned protests, and even objective assessments of power balances, do not necessarily mean that they may not happen again. When the political impasse is deepening, the calculations can be wrong. Once blood is shed, the conflict can take a distinctive turn, especially in the case of sectarian hostility.

Political confrontation and polarization are already present on the ground, and during the Ain al-Remmaneh clashes, the Sunnis in the surrounding areas, and the Christians in the Ashrafieh area, east of Beirut, were on alert, fearing a repeat of the events of “May 7”, the day Hezbollah fighters overran West Beirut. To crush Sunni and Druze opponents.

A prominent Sunni military source said, “If the clashes had involved Sunnis and not Christians, then unrest would have erupted across the country within an hour,” noting that the Sunnis harbor fierce hatred for Hezbollah. God is the straw that breaks the camel’s back.”

A veteran politician said: “I don’t see a civil war imminent, it will take some time, but it will erupt over time. There will be more incidents…that’s how it started in 1975. How can it be stopped?”

There was a geopolitical engine driving the conflict in 1975, and now there is another.

The right-wing Christian factions, (later transformed into the Lebanese Forces Party), had begun to destroy the authority of the Palestine Liberation Organization and the state within the state that had established it.

They could not do this on their own, so they sought help first in Syria (1976) and then Israel, and it culminated in 1982 with the Israeli invasion that overthrew Yasser Arafat and the Palestine Liberation Organization.

Now the Lebanese Forces are facing another state within the state, this time run by Hezbollah. It is the only faction that was allowed to keep arms after the Taif peace agreement of 1989, which put down the civil war, because of its role as “the defender of Lebanon against Israel”.

Since that time a formidable and secret military capacity has been established, which is believed to be much stronger than the Lebanese Army, as well as a large network of social services, hospitals and other entities.

The difference between Hezbollah and the PLO is that Hezbollah is based in Lebanon, but is strongly linked to Iran, which is widely seen as a proxy for Iran, which lends a strong geopolitical dimension to any potential conflict.

A political source said: “The Iranians and the Americans are fighting each other in Lebanon, Iraq and Yemen. You have to see the whole picture.”

Although Hezbollah cooperates closely with Iran, there is a common, if unreliable, belief that the leader of the Lebanese Forces party, Samir Geagea, receives significant funding from Saudi Arabia, Iran’s regional rival.

One factor blocking any major escalation is the apparent imbalance of power, which was confirmed by Hassan Nasrallah’s unnecessary reminder to Samir Geagea that he could mobilize 100,000 fighters.

Everyone knows that Hezbollah can make its way to every corner of the country in a matter of days.

However, this could embroil Hezbollah in an endless internal war, a war that would be seen as a confrontation not only with the Lebanese Forces party led by Samir Geagea, but also the Sunnis and possibly the Druze.

The invasion of Christian areas would end Hezbollah’s alliance with Samir Geageas Christian rivals, the “Free Patriotic Movement” of President Michel Aoun and his powerful son-in-law, Gebran Bassil, which would leave him dangerously exposed.

This alliance is already under pressure due to Hezbollah’s opposition to an investigation into the August 2020 Beirut port bombing, most of whose victims were Christians.

The Ain El-Remmaneh clashes have already strengthened Samir Geageas position in the Christian community, according to many Christian sources and even among some Sunni sources.

Lebanon’s economic collapse, which it largely blames on the greed and corruption of the political class, has also denigrated leaders in all fields, without exception, and Hezbollah.

A former Christian veteran of the civil war said: “There is no solution in Lebanon that includes the elimination of Hezbollah except through a comprehensive war that the Lebanese cannot carry out.”

He added, “Hezbollah exists and we have to live with it. Our best bet is to fully empower the Lebanese army, and strengthen the opposition to Hezbollah in Parliament. They have to adapt to a political settlement.”

This is extremely difficult, and at the same time, the best that the Lebanese can hope for is to contain the events expected in the future, and perhaps improve living conditions slightly under the new, fragile government.

These were the details of the news Beirut Clashes: Is the Violence in Lebanon Fueling Fears of a... for this day. We hope that we have succeeded by giving you the full details and information. To follow all our news, you can subscribe to the alerts system or to one of our different systems to provide you with all that is new.