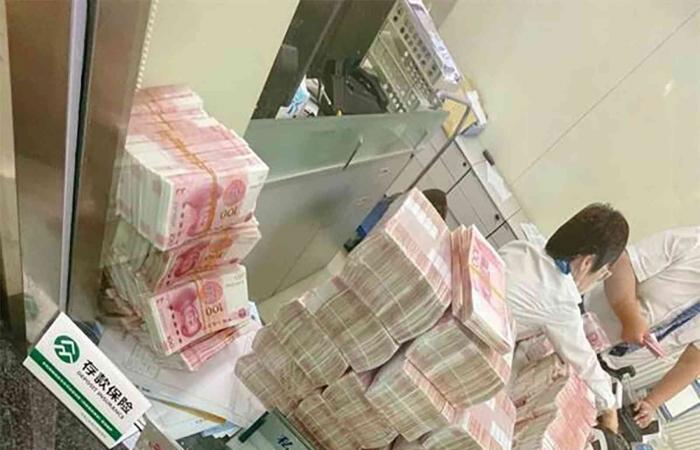 A Chinese millionaire forced bank employees to withdraw 5 million yuan, counting it as a note, in a unique incident witnessed by the Bank of “Shanghai”.

For their part, the employees stated, according to the British “ladbible” website, that the millionaire acted in this way after the security guard asked him to wear a muzzle while he was at the bank.

They added that the millionaire considered it an insult to him, and forced them to withdraw his money and promised a large sum of up to 5 million yuan on paper.

These were the details of the news Millionaire punishes bank employees by “counting” 5 million yuan paper note for this day. We hope that we have succeeded by giving you the full details and information. To follow all our news, you can subscribe to the alerts system or to one of our different systems to provide you with all that is new.