Transplanting a pig kidney in a human body “revives” the hopes... 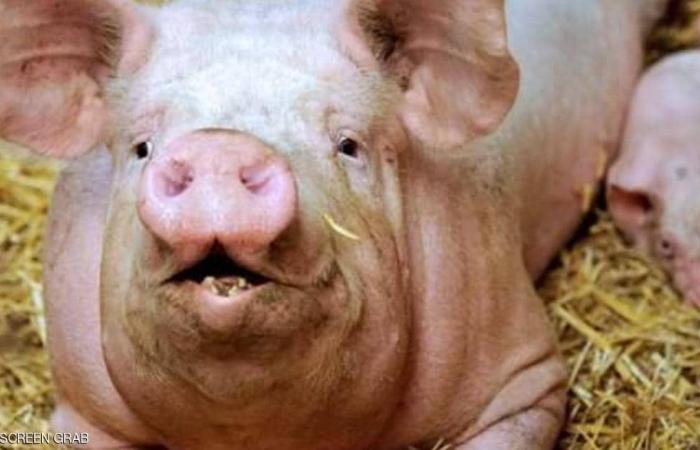 Two days ago, the team succeeded in using Pig His genes have been modified so that his tissues no longer contain a molecule known to most likely result in the body’s immediate rejection of the transplanted organ..

Doctors said that the kidney recipient is a brain-dead patient who showed signs of impaired kidney function, and her family agreed to the experiment before she was removed from the survival machines..

While the surgeon in charge of transplantation Robert Montgomery N modified pigs genetically ‘can be a sustainable and renewable source for organs – as in energy, when used solar energy and wind energy.

Between optimism and caution

According to the New York Times, reactions to the news among transplant experts ranged from cautious optimism to great celebration, although everyone acknowledged that the surgery represented a fundamental change in the field of medicine. organ transplant.

While no scientific study has been published on the latest kidney transplant surgery, some surgeons have speculated that more genetically modified pig kidneys may soon be transplanted into living humans, while others said there is still much work to be done..

Among the optimists is Amy Friedman, a former transplant surgeon and chief medical officer of an organ procurement organization in the greater New York area, who said she has envisioned using hearts, livers and other organs transplanted into pigs as well..

“It’s really confusing to think about the number of transplants we can offer in the coming period,” she added, noting that “of course we have to raise more pigs.”

While there were surgeons more conservative, they wanted to know if the results were reproducible, as well as to review the data collected by the University of Langone Medical Center. New York.

“There is no doubt that this has been a wonderful experience, and certainly a challenging surgery and a huge leap in the field,” says JA Fishman, associate director of the Transplant Center at Massachusetts General Hospital.

Fishman considered that the importance of this surgery depends on how much information can be provided and shared by surgeons, otherwise it will be considered a step to prove that they are only able to do so.

David Claassen, chief medical officer of the United Network for Organ Sharing of America, said many obstacles remain before you can use genetically modified pig organs in living organisms..

While describing the surgery as a “watershed moment”, he also cautioned that long-term organ rejection occurs even when the donor’s kidney is well-matched..

The kidneys have functions in addition to purifying the blood of toxins. It is the scientific fact that explains Claassen’s concerns about swine viruses infecting recipients, saying, “The field is complex, and just to imagine that we know all the things that will happen and all the problems that will arise is naive.”

Animal organs have a long history with humans; Efforts to use the blood and skin of animals in humans go back hundreds of years.

In the 1960s, chimpanzee kidneys were transplanted into a small number of human patients, most of whom died shortly thereafter, with the longest living patient having been at 9 months..

While in 1983, a monkey heart was transplanted into a baby girl known as Baby Faye, but she died 20 days later.

In contrast, pigs have significant advantages to obtaining organs – they are easier to raise, reach maturity faster, and achieve adult human organ size in 6 months.

Now pig heart valves are routinely implanted in humans, some diabetics have received pig pancreatic cells, and pig skin has also been used as a temporary graft for burn patients..

Besides, the combination of two new technologies – gene editing and cloning – has resulted in the production of genetically modified pig organs. Pig hearts and kidneys have been successfully transplanted into monkeys and baboons, but safety concerns have prevented their use in humans until now..

These were the details of the news Transplanting a pig kidney in a human body “revives” the hopes... for this day. We hope that we have succeeded by giving you the full details and information. To follow all our news, you can subscribe to the alerts system or to one of our different systems to provide you with all that is new.