Concern about the agreement to open European skies to Qatari aviation... 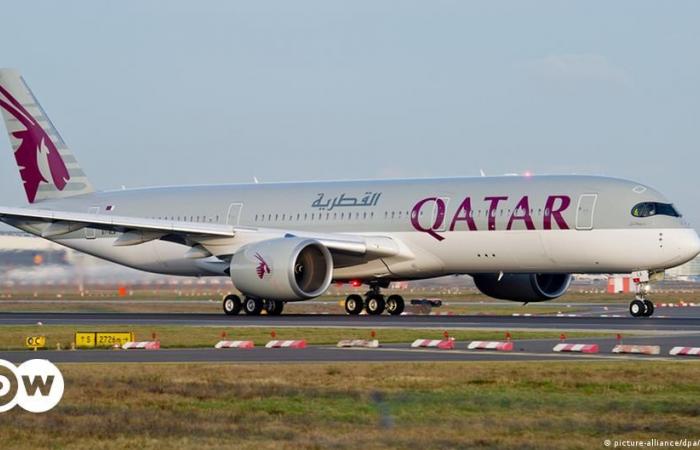 Zainil Nazarali, Secretary of the Transport Federation of the French Labor Union (Force Aufriere), said that the free trade agreement signed last Monday between the European Union and Qatar for air transport “damages the entire air transport sector in Europe.” “We have Qatar, which has a population of three million people, on the one hand, and we have the huge European market on the other,” he added, expressing his surprise at the lack of balance in the agreement.

For his part, Alain Battisti, president of the National Aviation Federation and its profession, told AFP today (October 21, 2021) that this agreement is “bad” and “totally unbalanced”. This major French air transport association asked the French government “not to ratify it and not to implement it”.

Many benefits of Qatar Airways

The agreement, which entered into force without waiting for ratification in each of the 27 member states of the Union, provides for the almost borderless opening of European skies to Qatar Airways, which will be able to serve any city without any restrictions on the capacity or frequency of flights.

Christophe Malugi, the union representative at Air France, warned that from now on, “Qatar Airways will be able to attract all European passengers to its hub in Doha.”

As for Guillaume Schmid, representative of the pilots’ union “SNBL” in Air France, he pointed out that “there is no European company interested in increasing its capabilities in Qatar, and we have nothing to do with it.”

The agreement gives Qatar Airways access to the freight market, as the company will now be able to “operate direct cargo flights between the European Union and other countries,” the same pilots’ union said in a statement.

Since the beginning of the Covid-19 epidemic, the air freight sector has gained great importance for companies. It was the source of 15 percent of its revenues before the epidemic, but this percentage is currently about thirty percent, and “the prospects are solid”, according to the International Air Transport Association (IATA).

The management of Air France-KLM also expressed its “regret at the signing of this agreement, which would significantly enhance the competitive position, mainly for France and the Netherlands, while the Covid crisis continues to severely affect the activity” of the company.

The European Union rejects and regrets

But the European Union rejected these fears, stressing that this agreement, the first of its kind with a Gulf country, would, on the contrary, encourage “free and undisturbed competition” and provide more “social and environmental protection.” For example, Qatar Airways will have to regularly publish its accounts according to international standards, which will prevent the emirate from providing unlimited aid that disrupts competition.

Guillaume Schmid said the agreement included a social component to encourage Qatar Airways to improve its model, “which is far from European standards.” But, he added, “the parties are not clear, the objectives are ambiguous, and the means of objection as well.”

The pilots’ union sees the agreement as a “risk” with a company that “has always demonstrated a great deal of lack of transparency”.

For its part, the European Union regretted the workers in the transport sector that “this agreement was negotiated in 2019 at a completely different period for European aviation.” He added that since the outbreak of the epidemic, “the market has seen massive changes” and “this is not the time to liberalize it further.”

The majority of the French Air France unions called Thursday for a demonstration in front of the Transport Ministry in Paris to push the French government to block this agreement.

French Transport Minister Jean-Baptiste Jabbari hinted on September 22 that France may not ratify the text if it considers it unbalanced. But sources close to him only indicated on Wednesday that he would ensure that “it is implemented in a balanced manner and in accordance with the economic, social and environmental provisions included in it.”

These were the details of the news Concern about the agreement to open European skies to Qatari aviation... for this day. We hope that we have succeeded by giving you the full details and information. To follow all our news, you can subscribe to the alerts system or to one of our different systems to provide you with all that is new.