Women in leadership ‘must be the norm’, Security Council hears 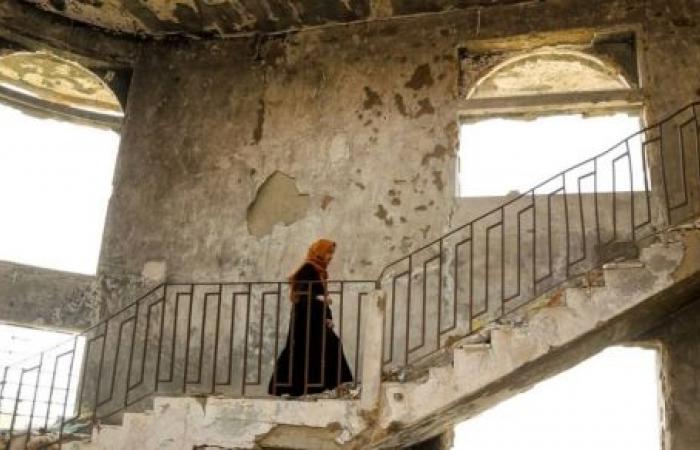 We show you our most important and recent visitors news details Women in leadership ‘must be the norm’, Security Council hears in the following article

Hind Al Soulia - Riyadh - NEW YORK — We can no longer exclude half of humanity from international peace and security matters, the UN chief told the Security Council on Thursday, emphasizing the need to fully address the challenges and gaps that continue to prevent women having an equal say.

“Today, women’s leadership is a cause. Tomorrow, it must be the norm”, Secretary-General António Guterres told the meeting, covering landmark resolution 1325 on Women, Peace and Security.

Having just visited the photo exhibition, In their Hands: Women Taking Ownership of Peace – a collection of inspiring stories of women around the world seen through the lenses of women photographers – he told ambassadors that the exhibit brings to “vivid life” their dedication to “the most important and consequential cause of all, peace”.

“From the safety of this chamber, we discuss and debate pathways of peace for countries around the world”, said the UN chief. “But the women portrayed in the exhibition are on the front lines of the fight for peace”.

He called them peacebuilders, changemakers and human rights leaders, and described their work mediating and negotiating with armed groups; implementing peace agreements; pushing for peaceful transitions; and fighting for women’s rights and social cohesion throughout their communities.

Yet, he pointed out, “women remain on the periphery of formal peace processes, and they’re largely excluded from rooms where decisions are made”.

Citing rising rates of violence and misogyny; the extreme under-representation of women in decision-making positions; and a myriad of challenges faced by those in conflict, the top UN official observed that the power imbalance between men and women remains “the most stubborn and persistent of all inequalities”.

“In every humanitarian emergency, the clock on women’s rights has not stopped. It’s moving backwards”, he said regretfully.

In Ethiopia, women have been victims of sexual violence; in Yemen, excluded from political processes by the warring parties; in Afghanistan, undergoing a rapid reversal of the rights they had achieved in recent decades; and in Mali, after two coups in nine months, “the space for women’s rights is not just shrinking, but closing”, Guterres said.

The UN chief stressed: “We need to fight back, and turn the clock forward for every woman and girl” – the commitment outlined in Our Common Agenda and Call to Action on Human Rights.

“Increasing women’s representation and leadership across every aspect of the UN’s peace activities is critical to improving the delivery of our mandate and better representing the communities we serve”, he said.

But Council’s support is needed for partnerships, protection and participation.

Women leaders and their networks must be supported to meaningfully engage in peace and political processes, he explained.

Secondly, women human rights defenders and activists must be protected as they carry out their essential work.

And finally, women’s “full, equal and meaningful participation” must be supported in peace talks, peacebuilding, and political systems as countries transition to peace, he said.

“We need full gender parity”, underscored the UN chief. “We know it can be done”.

Women should not have to accept reversals of their rights in countries in conflict, or anywhere else.

Guterres said that the UN will double down on “truly inclusive peacemaking” and put women’s participation and rights “at the centre of everything we do – everywhere we do it”.

The best way to build peace is through inclusion, and to honour the commitment and bravery of women peacemakers we must “open doors to their meaningful participation”.

“Let’s turn the clock forward on women’s rights and give half of humanity the opportunity to build the peace we all seek”, concluded the Secretary-General.

To create a tangible difference in the lives of women and girls, UN Women Executive Director, Sima Bahous, highlighted the need for governments and the Security Council “to step up” to address the way we confront peace and security issues.

For too long violence has targeted females and their rights; and women continue to be marginalized and excluded “in those very places where they can drive change”, she told the Council.

“Surely the time has come to say enough”, she said.

While acknowledging a “glimmer of light” resulting from the passage of the original resolution, Bahous said that while not enough, it must be used in the fight for women’s equality.

Noting that vast military spending has been “in bitter contrast” to limited investments in other areas, she advocated for curbing military spending and expressed hope that delegates “share my sense of urgency” on the issue, which impacts other priorities, including women’s rights.

The UN Women chief noted that increased participation, combined with curbing the sale of arms in post-conflict settings, significantly reduces the risk of backsliding.

She reminded ambassadors that while “equal nations are more peaceful nations”, equality requires higher levels of support for healthcare and related services.

Moreover, Bahous regretted that women's organizations are poorly funded, noting that without the necessary financial resources, they cannot effectively carry out their work.

Turning to Afghanistan, she shone a light on the women who had collaborated with the UN and whose lives are now in danger, advocating for doors to be opened wider, to women asylum seekers.

Subsequently, former Afghan women politicians took to the Security Council stakeout to ask the international community to pressure the Taliban “to put their words in action” and fulfill their promises made in 2019 in Qatar including supporting girls’ education and women’s rights.

“The reason we are here today is to meet with different Member States and ask them to regard women and human rights in Afghanistan as a matter of national security of their own countries, because it's not just a political or social issue but it's a matter of security”, said Fawzia Koofi, former Peace Negotiator and first woman Deputy Speaker of Afghan Parliament.

Former Afghan Parliamentarian and Chairperson of the House Standing Committee for Human Rights, Civil Society and Women Affairs, Naheed Fareed, questioned whether the world wanted to “register in history” their recognition of “a de facto structure that is in place in Afghanistan”, to represent Afghan women, their dignity and desires. "From my point of view, they don't”, she told reporters. — UN News

These were the details of the news Women in leadership ‘must be the norm’, Security Council hears for this day. We hope that we have succeeded by giving you the full details and information. To follow all our news, you can subscribe to the alerts system or to one of our different systems to provide you with all that is new.