“Do not give Turkey a lesson..Who are you?” Erdogan to ambassadors... 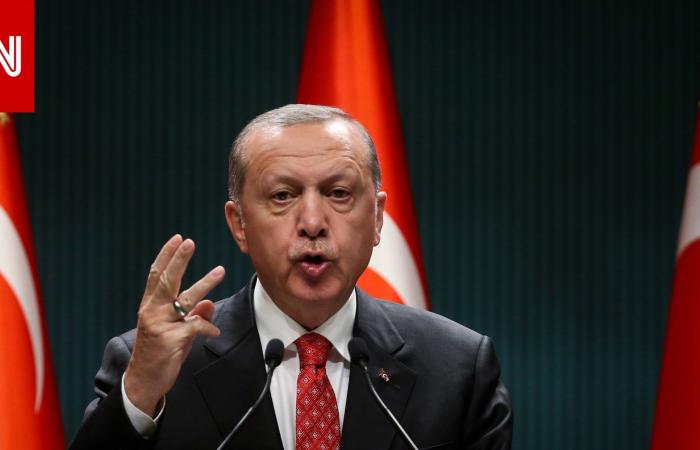 “Why do 10 ambassadors make this statement? Those who defend the remains of (George) Soros are trying to release him. I told our foreign minister that we cannot afford to host them in our country. Is it your place to give such a lesson to Turkey?” Erdogan told reporters on Thursday.

Erdogan indicated that he is on his way to Turkey from his African trip, according to a statement by the Turkish presidency.

The United States, Canada, France and Germany were among the countries that issued the statement calling on Turkey to respect the decision of the European Court of Human Rights and “ensure his speedy release.”

Turkey summoned 10 ambassadors over the joint statement on Tuesday, calling the statement “irresponsible” and saying it rejected what it described as “attempts to pressure the judiciary.”

It is not yet clear if Erdogan told Foreign Minister Mevlut Cavusoglu that “Turkey cannot host them” before or after the ambassadors were summoned.

Osman Kavala has been held without conviction since 2017. He was acquitted last year on charges related to the Gezi Park protests in 2013. The sentence was overturned and new charges brought against him for his alleged involvement in the 2016 coup attempt.

These were the details of the news “Do not give Turkey a lesson..Who are you?” Erdogan to ambassadors... for this day. We hope that we have succeeded by giving you the full details and information. To follow all our news, you can subscribe to the alerts system or to one of our different systems to provide you with all that is new.