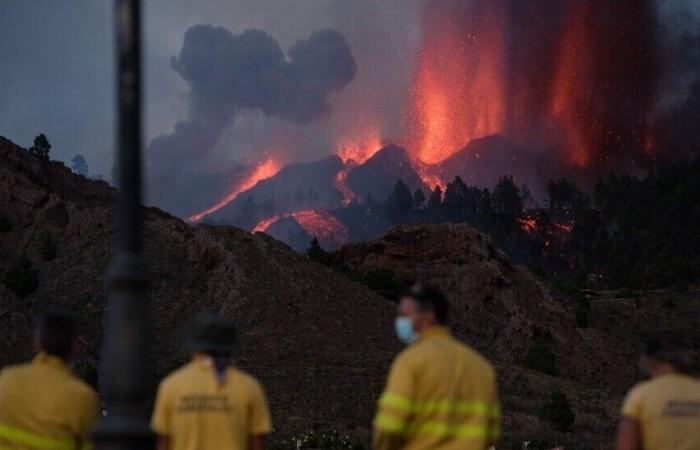 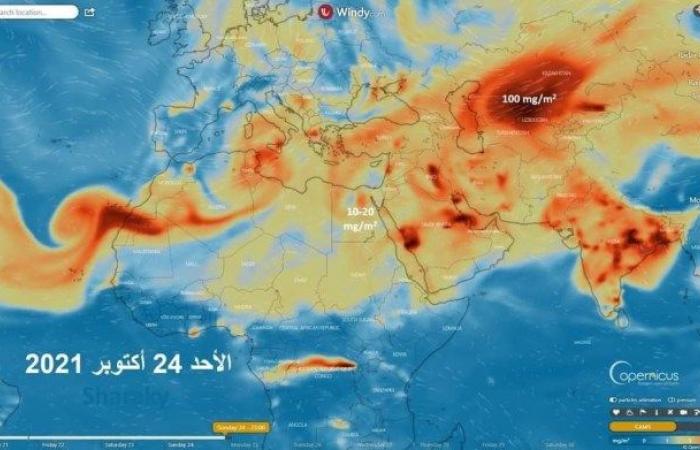 In a comment to RT on Thursday, Egyptian geology professor Abbas Sharaki sent a message to the Egyptian people regarding the gas from the La Palma volcano in the Spanish Canary Islands, which will reach the country.

Sharaki confirmed that La Palma gas will reach Egypt on Sunday without danger.

He said that large columns of sulfur dioxide gas will be emitted from the craters of the La Palma volcano, noting that the prevailing trend of this gas is north towards the European continent.

He explained that the gas reached the Caribbean in the west, Europe in the north and then east, and to Eastern Europe, Asia, and North Africa, especially Morocco, Algeria and Tunisia.

He indicated that in some European countries, air particles containing sulfuric acid and acid rain were formed.

She pointed out that light concentrations (10-20 mg/cm2) are expected to reach Egypt without danger, for several reasons:

First: that these gases spread in the upper layers of the atmosphere between 3-5 km.

Second: Cairo is more than 4700 km away from the La Palma volcano

Third: Weak concentrations are considered the lowest among European countries that exceed 100 mg/cm2 or African countries.

Fourth: The dry environment with no significant rains.

Fifthly: Wind directions distribute the gases to Europe and a little to the south to the African coasts, except for Morocco, which is located opposite the volcano and is closer to Spain, where the island is located.

He pointed out that the eruption of the volcano intensifies after 33 days of its activity and may last for several months, stressing that its environmental effects have begun to appear on most of the surface of the globe, and perhaps there is a geological link in the Mediterranean basin between the volcano and earthquakes that occur in the vicinity of the island of Crete.

These were the details of the news A geology professor sends a message to the Egyptian people regarding... for this day. We hope that we have succeeded by giving you the full details and information. To follow all our news, you can subscribe to the alerts system or to one of our different systems to provide you with all that is new.