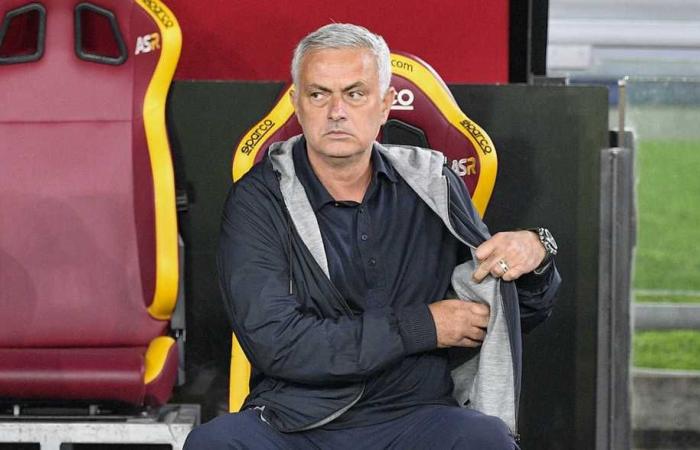 In the biggest surprise of the European Conference League so far, Norway’s Bodo Glimt crushed its Italian guest, Roma, with six goals against one goal, in the third round of the group stage competitions.

Eric Botem opened the scoring in the eighth minute, Patrick Berg added the second goal in the 20th minute, while Roma reduced the difference in the 28th minute with a goal by Carlos Perez after a crucial pass from Amadou Diawara.

And between the halves of the match, Roma coach Jose Mourinho made 3 substitutions at once, with the exit of Ebrima Darbo, Gonzalo Villar and Borja Mayoral, and the descent of Brian Cristante, Henrikh Mkhitaryan and Eldor Shumorodov, but the situation worsened in the second half.

This came as Bodo Glimt deepened his lead with the third goal from Botim in the 52nd minute, then the fourth through Ola Solbakken in the 71st minute, while William Pellegrini scored the fifth in the 78th minute, while Botim finished the hat-trick in the 80th minute with his team’s sixth goals.

The result raised Bodo Glimt’s tally to 7 points at the top of Group C, a point ahead of Roma, whose score was frozen at 6 points, while CSKA Sofia (point) and Zorya (zero) are far from the conflict before their match, which will also take place tonight.

This loss is unprecedented in Mourinhos history, as he has never conceded 6 or more goals in a single match throughout his 1,008-match career.

These were the details of the news FilGoal | News | An unprecedented tragedy in Mourinhos... for this day. We hope that we have succeeded by giving you the full details and information. To follow all our news, you can subscribe to the alerts system or to one of our different systems to provide you with all that is new.