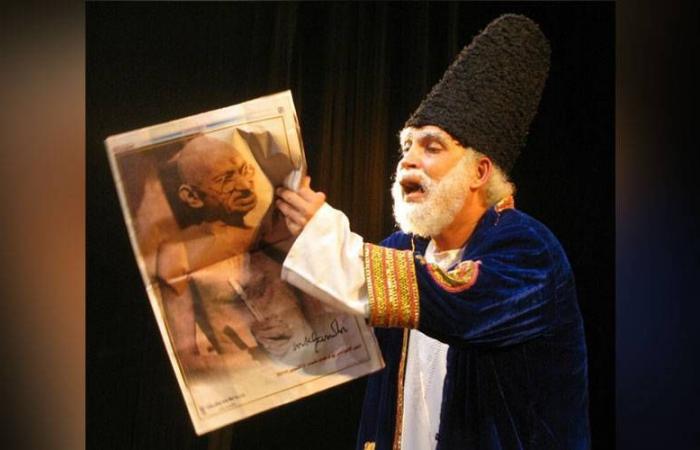 The Sharjah International Book Fair, in its fortieth session, accompanies its audience, both adults and children, to enchanting worlds of entertainment, fun and learning, in which it opens new windows on performing arts and theater from different countries of the world. Here.. you have a book”, 5 plays and 8 touring musicals.

The exhibition will host in a series of performances presented by a group of artists specialized in the fields of performance, performing arts, acting, playing and sound effects, and storytellers. Success wishing to block the march of the dream.

On the stage of the “Sharjah International Book Theater”, the audience lives in times of suspense and adventure in a show starring and represented by Badr Al-Shuaibi, Fahd Al-Bannai, Hanadi Al-Kandari, Fahd Al-Saleh, Ghorar Safar, Ahmed Bin Hussein and Kifah Al-Rajib. It is presented in three evening shows on Consecutively on the 11th, 12th, and 13th of November.

The audience of Indian culture has a share of theatrical performances in this session, as on November 5, a show entitled “Ghalib in New Delhi”, a comedy work that has been shown for a long time in India and is widely popular, tells about the story of the return of the poet Mirza Ghalib to life in India during the twenty-first century The twenty, and presents the audience with paradoxes and situations that combine comedy and contemplation of the impact of temporal transformations in human life.

The evening of the first day of the exhibition will witness the presentation of a theatrical work entitled “Symphony of Living Books” that takes the audience in a live experience to a world dominated by the voices of readers.

From November 6 to 8, the exhibition will witness a play entitled “Interactive Imagination”, which mixes fantasy, illusion, reality and technology, from an artistic framework inspired by books, pictures and animation. As for the theatrical show presented by the International Talent Agency, entitled “School of Crazy Sciences”, it targets children and deals with bright and funny experiences, not based on serious scientific humor as much as it displays the madness of science and its amazing paradoxes. Away from the stage, the exhibition will host this year 8 traveling shows that fascinate the audience with various surprises. They are held in the corridors of the exhibition accompanied by music, dance, singing and costumes. Among the most important shows are: mechanical puppets, book buyers, event leader, underwater drummers, mirror dance show and others.

These were the details of the news Plays and musical performances at Sharjah International Book Fair for this day. We hope that we have succeeded by giving you the full details and information. To follow all our news, you can subscribe to the alerts system or to one of our different systems to provide you with all that is new.