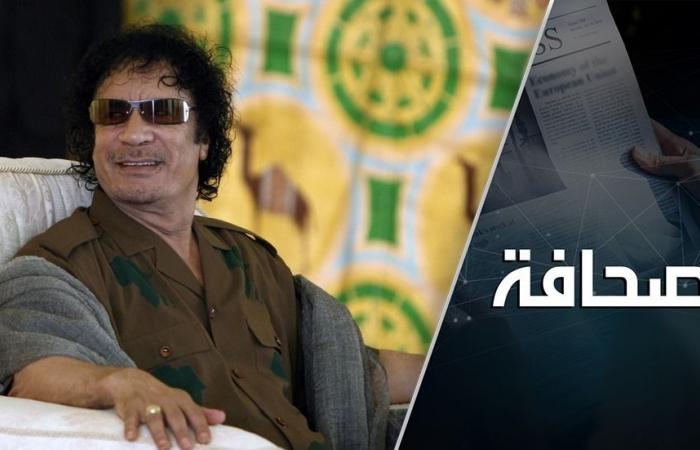 Under the title “The Battles of Tripoli”, Andrei Ontikov wrote, in “Izvestia”, about the lesson that can be deduced from Libya ten years after the brutal killing of Muammar Gaddafi, known outside the law.

The article stated: October 20, 2021 marked ten years since the brutal murder of Muammar Gaddafi. At that time, scenes of the torture of a flock of people to the Libyan leader spread around the world. After these years, it can be said with confidence that they buried Libya, in a sense, with Muammar Gaddafi.

However, to a side-watcher, it has long been no secret that overthrowing governments, rioting within the country or aiding the bombs of human rights-conscious states, is hopeless. Recently we have had enough of seeing this: in Yugoslavia, Iraq, Tunisia and Egypt. Whereas somewhere there was better luck, and the situation stabilized, other countries were less fortunate.

Libya was among the lucky ones. But it is the fate of Muammar Gaddafi that distinguishes it from other countries. The extrajudicial revenge of the country’s leader on air, served as an example not only for ordinary people, but for all leaders of countries without exception.

More importantly, even those who think they are on good terms with Washington, no one guarantees them immunity. At least, the late Libyan leader tried not to anger the Americans.

It seems that many have learned the lesson. Take, for example, Turkey, which, despite being a member of NATO, has been clearly trying in recent years to restore balance to its position on the international scene.

Judging by the way the Syrian conflict is developing, Moscow has also drawn conclusions of its own. And it’s very simple: you have no immunity, you either win or it’s your end. Therefore, it is best to start defending your interests before the situation reaches the point of no return. Rather, the Americans should be made clear that what happened to Muammar Gaddafi should not be repeated in Libya, Syria, Venezuela or anywhere else.

These were the details of the news Gaddafi lessons – RT Arabic for this day. We hope that we have succeeded by giving you the full details and information. To follow all our news, you can subscribe to the alerts system or to one of our different systems to provide you with all that is new.