692 new cases of corona: the third dose of vaccines soon 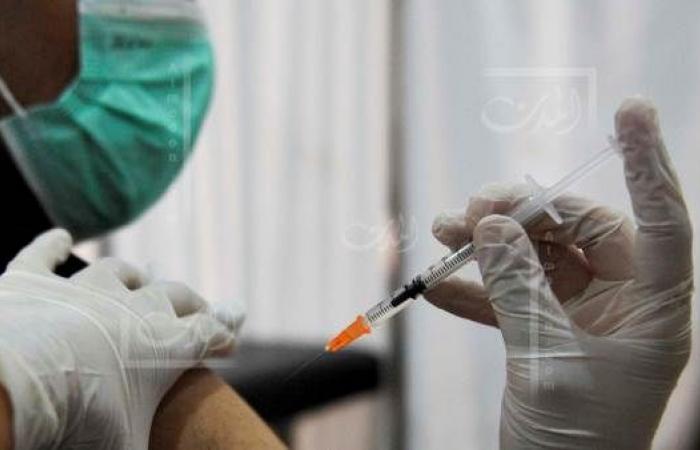 She also advised giving the third dose to individuals who suffer from weak immune disease, and who have evidence that their body did not respond to the two doses, by conducting an immunity test one month after receiving the second dose.

As for receiving the third booster dose (the vaccines used in Lebanon include: Pfizer, AstraZeneca and Sputnik) it can be given according to the following priority schedule:

Citizens aged 75 years and over who received the second dose six months ago.

The committee confirmed that it will periodically update its recommendation regarding the third dose, to include the rest of the eligible groups, according to age groups and health need.

Corona indicators
In the new indicators of Corona, the epidemic counter continued to rise, and yesterday it recorded six deaths, bringing the cumulative number of deaths to 8,400 deaths. The number of injuries also increased to 692 new injuries, including 28 for immigrants, bringing the total injuries to 631,642 since the beginning of the crisis in February 2020.

According to the daily report of the Ministry of Public Health, today, Wednesday, October 13, 15,610 tests were conducted, but the rate of cumulative positive tests stabilized at 5.2 percent, while the incidence rate per 100,000 people increased to 151 cases.

As for the number of patients in hospitals, it settled on 264 patients, including 131 in the intensive care room, and 28 need artificial respirators.

At the level of the vaccination campaign, the number of doses carried out yesterday reached about 15,000 doses. 6,307 people received the first dose, and 9,201 people received the second dose. The cumulative number of those vaccinated with the first dose is about one million and 784 thousand people, or 32.7 percent of the population, and about one million and 500 thousand people with the second dose, or 27.5%. The number of people registered on the platform to receive the vaccine reached two million and about 768,000 citizens, or 50.8 percent of the population, after 5778 new people were registered yesterday.

These were the details of the news 692 new cases of corona: the third dose of vaccines soon for this day. We hope that we have succeeded by giving you the full details and information. To follow all our news, you can subscribe to the alerts system or to one of our different systems to provide you with all that is new.