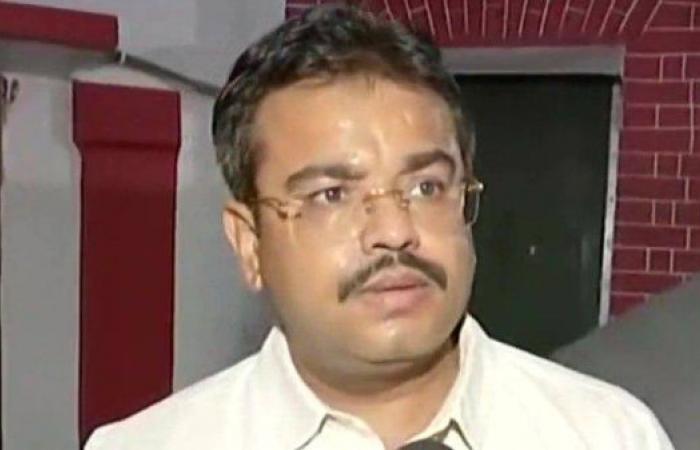 Hind Al Soulia - Riyadh - NEW DELHI — The son of an Indian federal minister who was summoned by police for questioning has failed to turn up, BBC reported.

Ashish Mishra was called in six days after he was accused in an attack that left eight people dead.

Farmers alleged that Ashish Mishra was behind the attack, but the Mishras denied the charge.

An angry mob then beat to death three men in the car, including the driver. A journalist also died in the violence.

Police arrested two men in connection with the incident on Thursday hours after the Supreme Court asked for a report on the investigation. State officials also appointed a retired judge to head a commission that would probe the attack.

But on Friday, the top court said that they "were not satisfied with the steps taken [by the state government]" and asked the police why the minister's son had not been arrested when he was accused of a serious crime like murder.

Chief Justice NV Ramana said the court also disapproved of a special investigation team set up the state government since "the people in the commission, they're all local officers".

His comments came during a hearing in court after two lawyers from Uttar Pradesh wrote to the chief justice, seeking a federal investigation into the incident.

The violence, which took place in Lakhimpur district on Sunday, marks a dramatic escalation in a 10-month-old protest against agriculture reforms that the ruling Bharatiya Janata Party (BJP) government passed without substantive discussion in parliament last year.

Tens of thousands of farmers have been sitting on the outskirts of Delhi since November, demanding that the laws must be repealed.

It is one of the longest farmers-led protests India has ever seen, pitting the community against Prime Minister Narendra Modi and his BJP government.

Two BJP workers were among those who were beaten to death by the mob on Sunday.

Accounts of the incident remain conflicted, with some farmers saying Ashish Mishra was behind the wheel and others saying he ordered his driver to plough the car into protesters.

Farm unions said two protesters died when they were run over and two others who were injured later succumbed in the hospital.

They are now demanding that viral video footage - that shows an SUV crashing into the protesters from behind - be treated as evidence against the minister and the son.

After protests by opposition parties and farmers' unions, police finally opened a murder investigation on Monday morning and registered a case against the father and the son.

But Ajay Mishra continues to deny the charge -- he says that neither he nor his son were in the car when the incident happened.

Ashish Mishra, however, had initially said he escaped the mob and ran into the fields. But later he insisted he had never been in the car or at the scene of the incident.

Meanwhile, leaders from the main opposition Congress party, Priyanka and Rahul Gandhi, visited Lakhimpuri Kheri on Wednesday and met the families of the deceased farmers and the journalist.

Opposition leaders had been trying to visit the district since Sunday but state police barred them from entering the state, citing a law and order situation. Several politicians, including Ms Gandhi, were even detained on their way.

These were the details of the news Indian minister's son evades police questioning over Lakhimpur violence for this day. We hope that we have succeeded by giving you the full details and information. To follow all our news, you can subscribe to the alerts system or to one of our different systems to provide you with all that is new.