A US submarine collides with an object during a mission in... 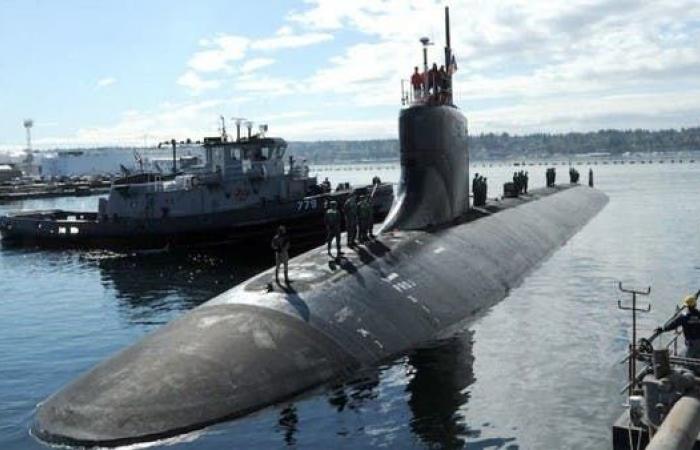 A US Navy submarine collided with an unidentified object while diving in the Asia-Pacific region, but the accident did not cause serious injuries.

The collision occurred while the US submarine was patrolling in international waters in the South China Sea, an area that Beijing claims sovereignty over large parts of.

A US Navy statement said that the accident occurred last Saturday, and that the submarine’s nuclear propulsion plant was not affected and is still operating.

The Navy said in a statement that the submarine “USS Connecticut” collided on the afternoon of October 2 with an object while it was sailing while diving in international waters in the Indian and Pacific Oceans.

The statement stressed that “there were no fatal injuries.”

In its statement, the Navy noted that the USS Connecticut, a Sea-Wolf nuclear-powered submarine, was damaged in the accident but is still serviceable.

For his part, the Neville Institute, a research center close to the US Navy, said that when the accident occurred, the submarine “Connecticut” was participating in international naval exercises in the South China Sea.

China claims sovereignty over most of the resource-rich sea, which is an essential passage for international maritime trade, as trillions of dollars of goods pass through it annually. Beijing has established military outposts on islands and coral reefs in the area.

However, Chinese demands collide with similar demands from Brunei, Malaysia, the Philippines, Taiwan and Vietnam.

The United States and its allies conduct regular patrols in the international waters of this region in order to ensure freedom of navigation in it, which angers China.

These were the details of the news A US submarine collides with an object during a mission in... for this day. We hope that we have succeeded by giving you the full details and information. To follow all our news, you can subscribe to the alerts system or to one of our different systems to provide you with all that is new.