Parliamentary elections in Iraq begin today with the vote of the... 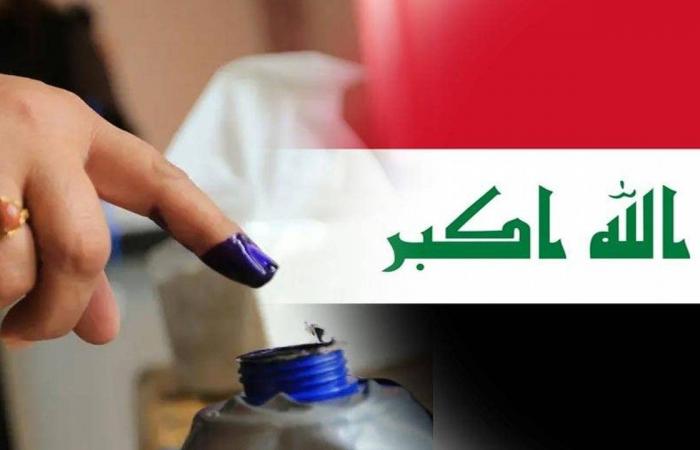 Today, Friday morning in Iraq, 1,196,453 voters will go to the polls to cast their votes in the special voting process for members of the army, police, security services, displaced people and prison inmates at the start of the parliamentary general elections that will culminate in the country next Sunday.
Electoral centers across the country opened at seven in the morning local time, as groups from the Iraqi armed forces and security services flocked to the polls to cast their votes, led by senior commanders and officers.
According to data from the Independent High Electoral Commission in Iraq, 1,075,727 members of the Iraqi army, police forces and security services will vote in the special voting process in 595 polling centers comprising 2,584 polling stations.
120,126 of the displaced will vote in 86 polling centers that include 309 polling stations.
And 671 of the prisoners deposited in the correctional districts will cast their votes in 6 polling stations distributed over the governorates of Baghdad, Sulaymaniyah, Maysan, Wasit and Basra.
The special voting process is scheduled to end at six o’clock this evening, as the ballot boxes will be closed electronically, thus not allowing the voting to be extended for an additional time.
The electoral system for special voting allows voters to elect their candidates, both according to their cities and governorates, despite their spread in other governorates.
Major General Saad Maan, spokesman for the Security Media Cell in the Iraqi Joint Operations Command, told German News Agency (dpa) – More than 250,000 members of the Iraqi forces have been deployed to secure the conduct of the electoral process throughout the country and the distribution of forces in the form of security cordons in The vicinity of the electoral centers and streets, as well as the use of reserve forces to face any emergency.
The Iraqi authorities did not impose a curfew or cut off the main streets during the special voting process, and the deployment of forces will be limited to the form of security cordons in the vicinity of polling centers for the first time since 2005, when the first parliamentary elections were held after the overthrow of the late Iraqi President Saddam Hussein in 2003.
The security forces surrounded all polling stations with barbed wire and an inspection gate at the entrance to each polling station, in addition to deploying military and security forces in the vicinity of the polling stations, where the security forces were put on extreme alert.
The Independent High Electoral Commission in Iraq announced that it had completed all its preparations and tasks to hold parliamentary elections and protect the votes of voters, as ballot boxes and electoral papers were distributed to electoral centers under the guard of the security forces.
According to sources in the Supreme Security Committee for the Iraqi elections, the elections will witness the participation of more than 1,000 international observers from 85 countries, the United Nations, the European Union, the Arab League, Arab and foreign diplomatic representations operating in Iraq and international organizations interested in electoral affairs to monitor the progress of the electoral process, as well as the arrival of 491 Arab and foreign media professionals to cover Iraqi elections facts.

These were the details of the news Parliamentary elections in Iraq begin today with the vote of the... for this day. We hope that we have succeeded by giving you the full details and information. To follow all our news, you can subscribe to the alerts system or to one of our different systems to provide you with all that is new.