Here, the people found the Corona vaccine among the garbage in... 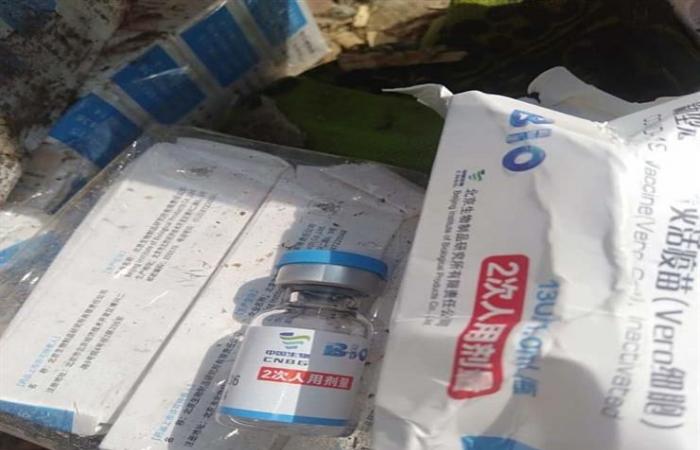 Masrawy obtained photos from the site where quantities of the new Corona virus vaccine were found among the garbage in the canal of the village of Ibshaq in Minya Governorate.

Today, Thursday, a number of residents of the village of Abshaq, affiliated to the Bani Mazar Center, north of Minya Governorate, found quantities of the new Corona virus vaccine, inside the village canal.

A security source said, in statements to him today, Thursday, that the security services inside the Bani Mazar Center received a notification from the residents of the village of Ibshaq, that they found quantities of the new Corona virus vaccine, dumped inside the village canal, and among piles of garbage, and that the seizures were seized.

A number of villagers, including Hassan Muhammad, stated that while a number of residents were walking, they saw medical bags dumped next to the garbage piles next to the canal, and when they opened those bags, it turned out that they were the vaccines for the emerging corona virus intended to vaccinate citizens.

Dr. Mohamed Nadi, Undersecretary of the Ministry of Health in Minya, commented, in exclusive statements to “Masrawy”, on the incident, and explained that an investigation is underway to find out who caused it and the arrival of these quantities to garbage and canals.

These were the details of the news Here, the people found the Corona vaccine among the garbage in... for this day. We hope that we have succeeded by giving you the full details and information. To follow all our news, you can subscribe to the alerts system or to one of our different systems to provide you with all that is new.