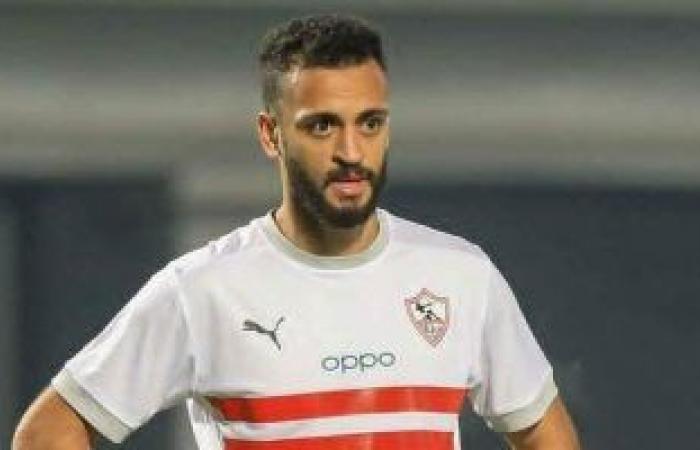 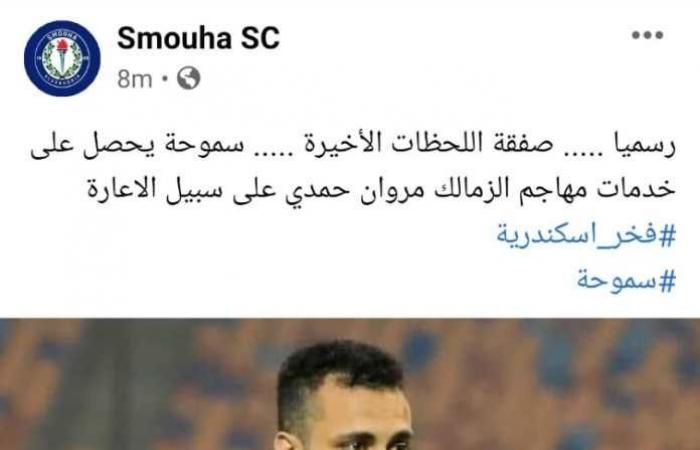 Smouha Club announced its latest deals in the summer Mercato after contracting with Marwan Hamdy, the Zamalek player, and Smouha wrote through his official account on Facebook: “Officially….. the last minute deal….. Smouha gets the services of Zamalek striker Marwan Hamdi on loan.” .
Smouha

Zamalek club officials agreed to loan Marwan Hamdi and Hossam Ashraf, the first football team players to the ranks of Smouha, for a season on loan.

Zamalek officials are awaiting the official termination of the agreement during the current hours and before the transfer window closes, after approval was given to transfer the duo Marwan and Hossam to the ranks of Smouha.

Zamalek club concluded its agreement with their counterparts in the newly promoted club Future to the Premier League on the transfer of Omar Kamal Abdel Wahed, the white team player, to the ranks of Future on loan, due to support for the penalty of stopping the registration of Zamalek deals for a period of two seasons.

Zamalek officials agreed that Omar Kamal Abdel Wahed would transfer to the ranks of Future for one season on loan, until the end of the crisis of stopping the registration.

It is expected that the formal completion of the deal will be announced within the next few hours and before the summer transfer window closes.

These were the details of the news Smouha announces contracting with Marwan Hamdy: last minute deals for this day. We hope that we have succeeded by giving you the full details and information. To follow all our news, you can subscribe to the alerts system or to one of our different systems to provide you with all that is new.