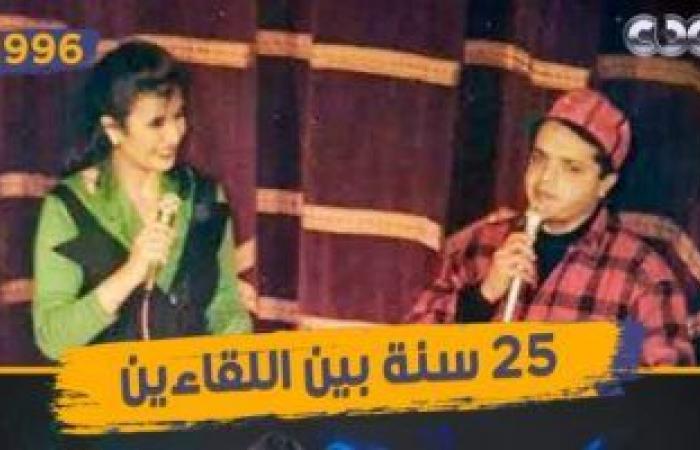 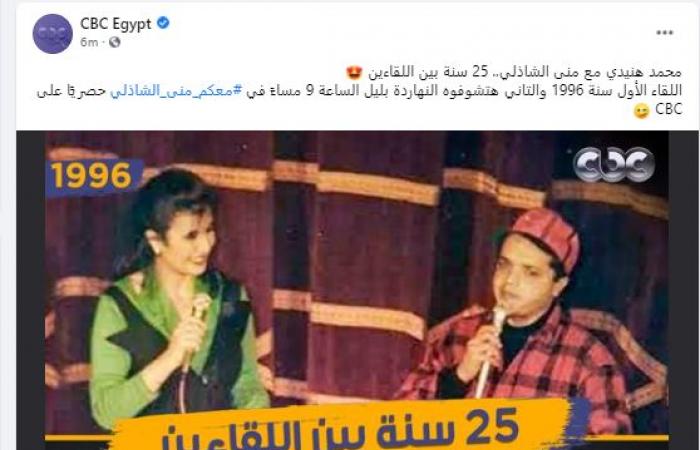 The star, Mohamed Henedy, will be a guest on the “With You” program, presented by the media, Mona El-Shazly, on the . channel cbc At nine oclock this Thursday evening, and in a photo published by the channel’s account, cbcOn Facebook, an old collection of Mona El-Shazly and Henedy in 1996.

The comment on the photo came: “Mohamed Henedy with Mona El-Shazly, 25 years between the two meetings, the first meeting in 1996 and the second, you will see him today at night.”

During the episode, the artist, Mohamed Henedy, talks about his adventures in the world of art, from silent scenes to continuous stardom with films that lived in the conscience of the audience, explaining his future projects in cinema and television, and his trips in the Arab countries with a number of theatrical performances..

The artist Mohamed Henedy also talks about how happy he is with his latest movie, The Man and the Mongoose, which generated revenues of about 50 million pounds, and the scenes of dealing again with director Sherif Arafa after their movie “The Great Bean of China” in 2004..

The artist, Mohamed Henedy, talks about his distinguished appearance on social networking pages continuously, and tells a number of funny situations during his artistic career, amid great interaction from the audience of the program..

These were the details of the news Watch.. an old photo of Mohamed Henedy with Mona El-Shazly.. 25... for this day. We hope that we have succeeded by giving you the full details and information. To follow all our news, you can subscribe to the alerts system or to one of our different systems to provide you with all that is new.