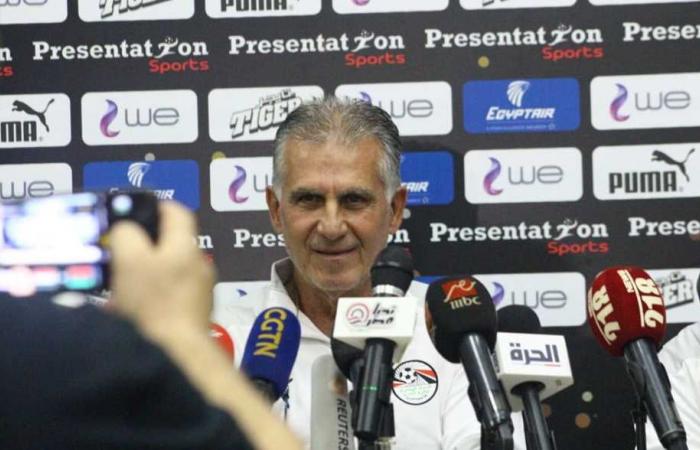 Egypt coach Carlos Queiroz revealed Mohamed El-Shennawy’s readiness for the Libya match, while promising to present a great team during the match.

Queiroz said in the press conference of the meeting: “I hope to support the Egyptians tomorrow, whatever the outcome. I will not talk about private things, but through the spirit of the Egyptian team, I guarantee you that you will see a very great team.”

و .ضاف “Mohamed El-Shennawy does not suffer a serious injury. He only sustained a bruise and his injury is light.”

The Portuguese coach continued, “Libya has players of high quality, and our goal is to excel and win against the best team in the group, which is Libya. We need to look for victory in the match, and if we beat them on the field, we will definitely win.”

He concluded, “I have 24 players, and they all excelled to the point that I felt a headache in my head to choose who would play, but it is a good headache. I am a coach and I have many players in front of me.”

Egypt is preparing to face Libya tomorrow evening, Friday, in the third round of World Cup qualifiers.

The match will be the first official for Queiroz at the head of the technical staff of the Egyptian national team after defeating Liberia in a friendly with two goals.

Egypt ranks second in the group with 4 points, and behind Libya, which leads with 6 points, after two rounds.

These were the details of the news FilGoal | News | Queiroz Conference: El-Shennawy is not... for this day. We hope that we have succeeded by giving you the full details and information. To follow all our news, you can subscribe to the alerts system or to one of our different systems to provide you with all that is new.