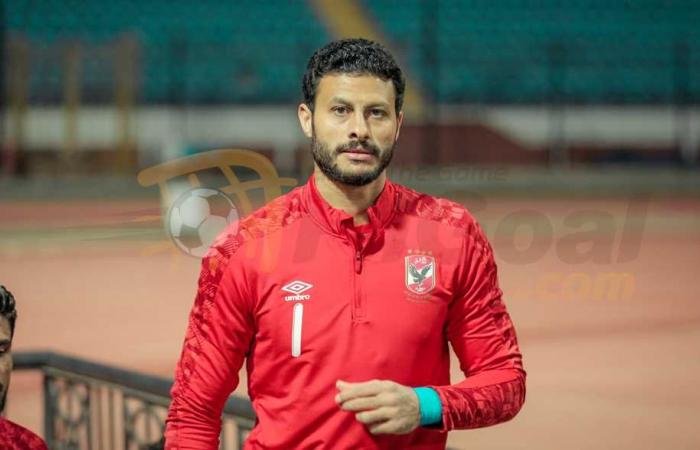 Wael Gomaa, the Egyptian national team manager, revealed the details of Mohamed El-Shennawy’s injury, the team’s goalkeeper, and the date of his return.

Wael Gomaa said in an interview with Al-Nahar TV:Mohamed El-Shennawy suffered a bruise during the warm-up before training. A strong shot from one of the players hit the back muscle and caused the bruise. The player was x-rayed and the injury is minor and he will be with us tomorrow.”

He added, “Fattouh did not participate in the Liberia match due to a bruise in the front muscle, so Queiroz preferred to rest him and joined us in training and ready to participate. Yasser Ibrahim is also with the group after his injury with Al-Ahly Club.”

He continued, “The presence of Salah gives a moral boost to everyone and a great addition to the players present. Any coach wishes to have a player like Mohamed Salah with him. A player who honors us all and raises the name of Egypt in the English Premier League and the whole world and an honorable interface for us and an example for players and all Egyptians.”

He concluded, “Queiroz began preparing for the Libya match several days ago. Queiroz is a smart coach with many experiences and knows when to speak and deals with everyone in the sports community, players, media and officials.”

The Egyptian national team will host its Libyan counterpart on October 8th in Burj Al Arab, before the meeting will be repeated at Al-Shuhada Stadium in Libya on October 11th.

Egypt is in second place in the group with 4 points, behind the leaders Libya with 6 points.

These were the details of the news FilGoal | News | Wael Gomaa reveals the details... for this day. We hope that we have succeeded by giving you the full details and information. To follow all our news, you can subscribe to the alerts system or to one of our different systems to provide you with all that is new.