THE HAGUE, Oct 6 — A group of 45 Western countries demanded at the global toxic arms watchdog on Tuesday that Russia provide urgent answers about the poisoning of Kremlin critic Alexei Navalny.

Moscow now has 10 days to respond to the questions posed by the EU and countries including the United States, Canada and Australia, under the rules of the Organisation for the Prohibition of Chemical Weapons (OPCW).

Western nations say opposition leader Navalny was poisoned in Russia with the Soviet-era nerve agent Novichok in August last year. He was treated in Germany before returning to Russia, where he is now in jail.

“It is essential that Russia sets out in detail the steps taken to investigate and shed light on the use of a chemical weapon on its territory,” said the statement by the 45 countries.

They also asked Russia to explain why it had delayed a visit by OPCW inspectors to look into the Novichok claims.

“Russia has 10 days to answer,” British delegates said in a tweet.

The US State Department said that it had concluded that agents from Russia’s FSB intelligence agency had poisoned Navalny using Novichok, which it said only Russia possesses.

“There can be no impunity for such actions,” it said in a statement. “Russia’s continued lack of transparency and cooperation surrounding the poisoning is particularly concerning.”

The Hague-based OPCW has previously confirmed that samples from Navalny supplied by Germany tested positive for Novichok.

If Russia’s answers are deemed unsatisfactory the countries have the right under the Chemical Weapons Convention to ask Moscow for further “clarifications”, and then for a group of experts to investigate.

Should the issue remain unresolved after 60 days they can call special sessions of the OPCW’s executive council — its 41-member policy-making body which is meeting this week — and, if necessary, of all 193 OPCW member states.

Countries deemed not to be complying with the Chemical Weapons Convention can have their voting rights suspended, as happened in April with Russia’s ally Syria.

Western states also called this week on Syria to let in arms inspectors, saying Damascus continued to breach its obligations to the OPCW.

Navalny himself has blamed Russian President Vladimir Putin for the attack. The opposition leader was arrested on his return from treatment in Germany last January and jailed on old fraud charges.

Britain meanwhile said it would continue to press Russia over a 2018 Novichok attack on a former double agent in the English city of Salisbury.

Sergei Skripal and his daughter were left fighting for their lives after the attack, while a police officer investigating the case fell seriously ill and a local woman who came into contact with the nerve agent later died. — AFP

These were the details of the news West pushes Russia for answers on Navalny poisoning for this day. We hope that we have succeeded by giving you the full details and information. To follow all our news, you can subscribe to the alerts system or to one of our different systems to provide you with all that is new. 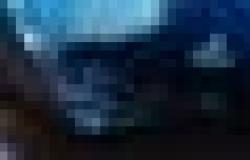 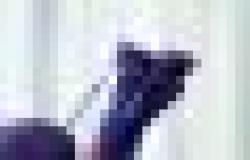 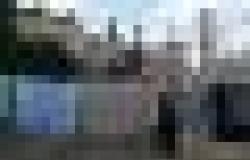