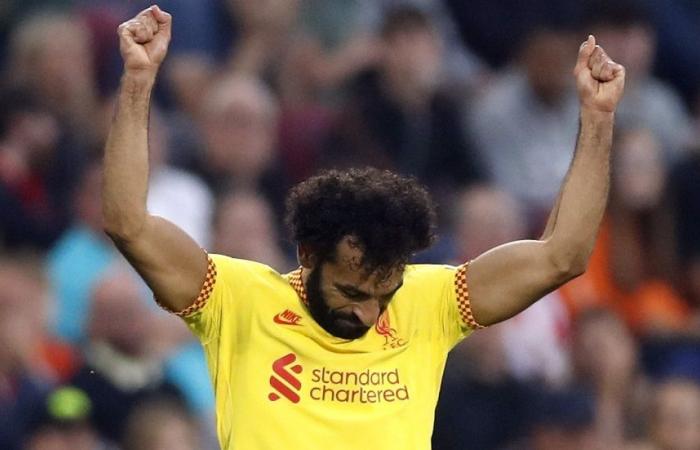 The Egyptian international Mohamed Salah, the Liverpool star, scored a historic goal during his team’s match against its host Brentford, in the sixth round of the English Premier League, “Premier League”.

In the 54th minute, when the result was a tie for both teams, Salah scored the second goal for his team with his left foot brilliantly (on the fly) from inside the penalty area.

This goal is Salah’s 100th in the Premier League for Liverpool.

And according to the global network “Opta” for football statistics, Mohamed Salah scored 100 goals in 151 Premier League matches with Liverpool, and is the fastest player to reach the scoring percentage with the “Reds” in the history of the competition competition.

Salah had celebrated scoring 100 goals in the “Premier League”, during the confrontation with Leeds United in the fourth round (98 goals with Liverpool and two goals with Chelsea), before scoring in the fifth round (last) one of his team’s three goals against Crystal Palace to raise the number of his goals In the competition in general, he reached 101 goals and in the Liverpool shirt to 99 goals, and today he scored his 100th goal in the “Reds” shirt and the 102nd in the history of the competition.

It is noteworthy that the match between Liverpool and its host Brentford ended in a 3-3 draw.

These were the details of the news Mohamed Salah scores a historic goal in the English Premier League... for this day. We hope that we have succeeded by giving you the full details and information. To follow all our news, you can subscribe to the alerts system or to one of our different systems to provide you with all that is new.