Queiroz announces the provisional list of professionals for the national team..... 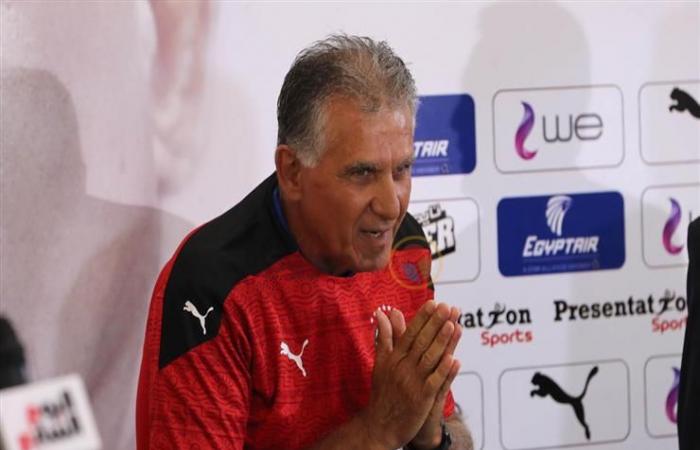 The technical staff of the Egyptian national team, led by the Portuguese Carlos Queiroz, announced the tentative list of the names of professional players abroad in preparation for the camp facing Libya in the 2022 World Cup qualifiers in Qatar.

It is scheduled to summon a number of the nine players to join the national team camp in preparation for the meeting with the Libyan national team in the third and fourth rounds of the sixth group of World Cup qualifiers.

In the event that Sam Morsi, Ahmed Yasser Rayan and Karim Hafez are decided on the final list of professionals, they will return to represent the team again after they were called up in past camps.

And Wael Gomaa, the director of the Egyptian national team, announced that the team had not taken a decision regarding Mustafa Mohamed, a professional in the ranks of Galatasaray, indicating that the matter is with the Football Association because the incident that he did was not with the current technical staff.

Egypt will face its Libyan counterpart early next month at the Burj Al Arab stadium in Alexandria in the third round of qualifiers for the 2022 World Cup in Qatar, before going to the fourth round in Benghazi.

It is noteworthy that the Football Association announced the appointment of Queiroz as technical director of the Egyptian national team, to succeed Hossam El-Badri, after the team’s performance declined in the qualifiers, during which it occupies second place in the group behind Libya with four points.

These were the details of the news Queiroz announces the provisional list of professionals for the national team..... for this day. We hope that we have succeeded by giving you the full details and information. To follow all our news, you can subscribe to the alerts system or to one of our different systems to provide you with all that is new.