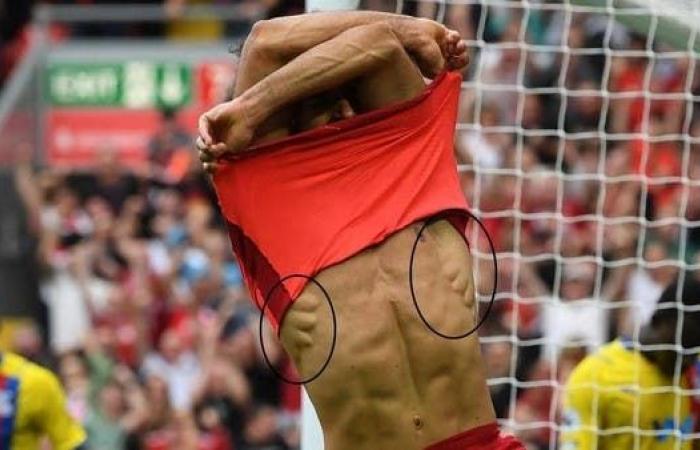 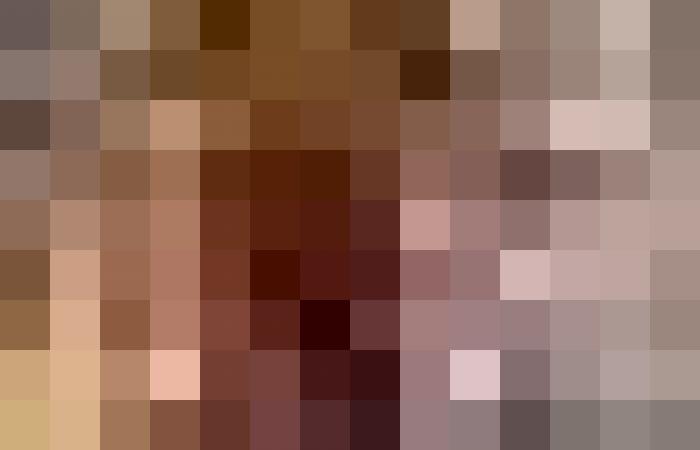 Pictures of the Egyptian national team player and Liverpool star, Mohamed Salah, after celebrating Liverpool’s second goal against Crystal Palace yesterday, Saturday, puzzled the followers about the extent to which the “Photoshop” program was used to modify the pictures that Salah published on his account on the social networking sites.

This is due to the appearance of the front serratus muscles in a twisted form, which is unusual for football players, especially with the macho body that Salah appeared during the match. Followers interacted greatly with Salah’s comment on the pictures, where the player commented, “You fans, the reason for my continuation, you give me more strength than you think,” with pictures of Salah after taking off his shirt and celebrating the goal.

For its part, the cameras of photographers monitored the muscles of the Egyptian player during the match, with the emergence of two muscles on both sides of the chest, which are called the serrated muscles, which are the muscles that connect the shoulder bones to the eight ribs, and they rarely appear in football players, especially since these muscles need a lot of exercise Cruel and many sports in order to be so prominent among players, and it is one of the muscles that owners of combat games are more interested in, which mainly depends on the shoulder and arm muscles such as boxing and karate, which made the followers on the communication sites doubt the extent to which these images are subject to modification.

Although some doubt the authenticity of these images, they are real and not modified by Photoshop, and were taken by an Agence France-Presse photographer, at Anfield during the Liverpool match with Crystal Palace.

Comments varied between controversial, funny and encouraging, as many of Salah’s followers praised his remarkable physique and muscular muscles that appeared impressively during this match. Salah celebrated the 101st goal in the English Premier League, and the 130th goal during the sports competitions that the player passed with the Liverpool team.

These were the details of the news Mohamed Salah’s muscles are baffling followers.. fact or photoshop for this day. We hope that we have succeeded by giving you the full details and information. To follow all our news, you can subscribe to the alerts system or to one of our different systems to provide you with all that is new.