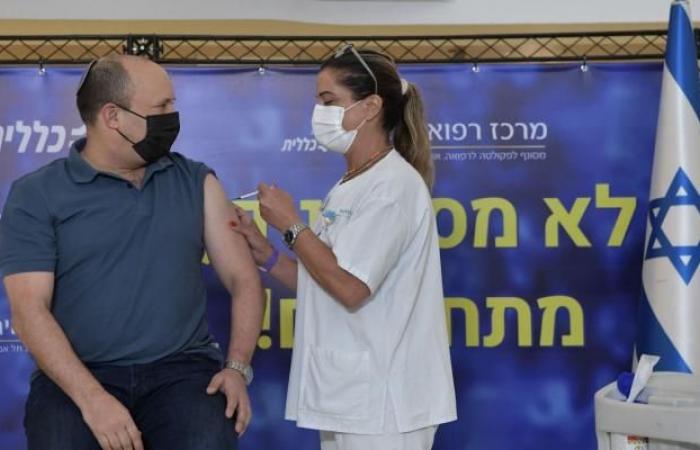 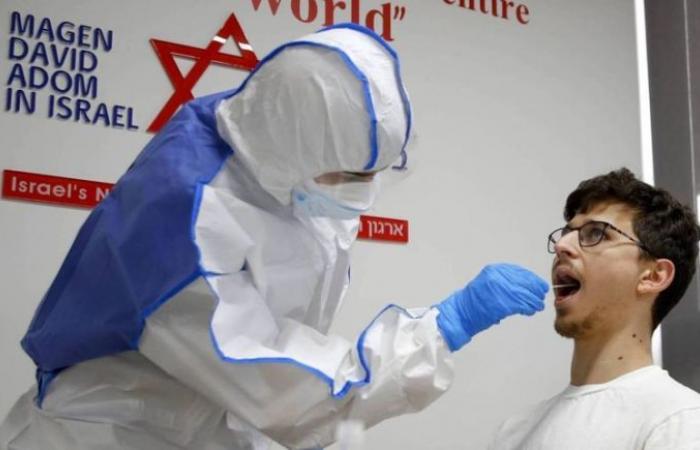 The decision of the US Food and Drug Administration (FDA) to limit the third dose of the Corona vaccine to a specific category has sparked controversy in Israel.

But the Israeli Ministry of Health said that it is continuing its program of granting the third vaccine to everyone over the age of 12, regardless of the recommendation of the American authority.

According to these data, the Israeli Ministry of Health stated that those who received the third dose are more immune to infection with the virus, especially for those over 60 years old.

According to the data of the Israeli Ministry of Health, during the past 24 hours, 7,445 new infections were recorded.

Among the current patients, 726 are difficult cases, including patients who are on artificial respiration.

As for the total number of deaths in Israel since the beginning of the pandemic, it has reached 7,511 cases.

Based on these data, the Israeli Ministry of Health considered that it is on the right track, despite the recommendations of the US Food and Drug Administration.

Faki said in a statement received by Al-Ain Al-Akhbar: “The FDA recommended giving a booster dose to those over the age of 65, people at risk, and medical personnel, just as we did in the country from the beginning.”

She added, “In this way, the FDA gave authority to the third dose vaccination campaign that began in Israel and was joined by Canada, Austria, Germany, France and other countries.”

And she continued, “We presented to the FDA data indicating a decline in the effectiveness of the vaccination, and in contrast the increase in the level of protection after receiving the third dose, which are undoubtedly convincing data.”

The Israeli Ministry of Health indicated that “it is important to note that the picture of the disease and vaccines in the United States differs from that in Israel, and the decision taken by the Food and Drug Authority is consistent with US data only.”

“The United States is several months behind Israel in the rates of vaccine administration, with many of its citizens not completing the second dose of the vaccine,” she said.

She added, “There is scientific and medical consensus on the importance and effectiveness of the vaccine.”

And the Israeli Ministry of Health continued: “Israel has decided to act quickly and responsibly to address the continuous increase in the number of infections in it, and this is evidenced by the high efficacy data of the third dose (the poster), which restores the body’s protection against the Corona virus.”

He said in a tweet on Twitter: “I appreciate that the Food and Drug Administration will gradually approve the expansion of the vaccine to include more age groups, as happened in Israel, where the effectiveness of the second vaccine continues to decline even among the younger age groups.”

Dr. Sharon Alroy Price, head of public health services at the Israeli Ministry of Health, has suggested that the United States will make the third dose more widely available over time.

“We are about three months ahead of them,” she told the Israeli news channel (12).

She added that vaccines “lose their effectiveness over time and do not depend on age, which is why we wanted to vaccinate everyone over 12 years old.”

The US agency wants to obtain more data on the effect of the third dose on those under 65 years of age.

But the Israeli Minister of Health, Nissan Horwich, said in a tweet on Twitter: “The document that was submitted to the experts of the US Food and Drug Administration categorically states that Israel is clear evidence that the third dose of the vaccine is effective in combating the Delta mutant.”

He added that the third dose “raised the level of protection in all age groups who received the vaccine, and it is safe and without major side effects like the second dose.”

For his part, Director-General of the Israeli Ministry of Health, Nahman Ash, told the Israeli newspaper Yedioth Ahronoth: “We do not underestimate the decision of the US Food and Drug Administration, but the state of the disease in Israel is different from that in the United States.”

The Israeli website (Times of Israel) said, “Officials say they now fear more caution about the third dose and potential legal challenges over the government’s authorization of a third dose as part of the Green Corridor policy.”

The Israeli government does not impose the third dose, but has taken a series of steps that encourage Israelis to receive it.

Among these measures are limiting the number of quarantine days in the event of traveling abroad and facilitating entry to restaurants, hotels, public events and public places.

An official in the Israeli Ministry of Health was quoted by Yedioth Ahronoth newspaper: “I have no doubt that this (the American authority’s decision) will affect the percentage of people who will receive the third dose; I am sure that many now will not be sure that this is necessary.”

He asked: Can people who decided not to get the third dose based on FDA recommendations defy our Green Corridor policy?

These were the details of the news The third dose of the Corona vaccine .. a controversy in... for this day. We hope that we have succeeded by giving you the full details and information. To follow all our news, you can subscribe to the alerts system or to one of our different systems to provide you with all that is new.

PREV Trump: 'Evil' like Texas massacre a reason to arm, not disarm
NEXT 25 persons emerge from shell-pounded steel complex in Mariupol