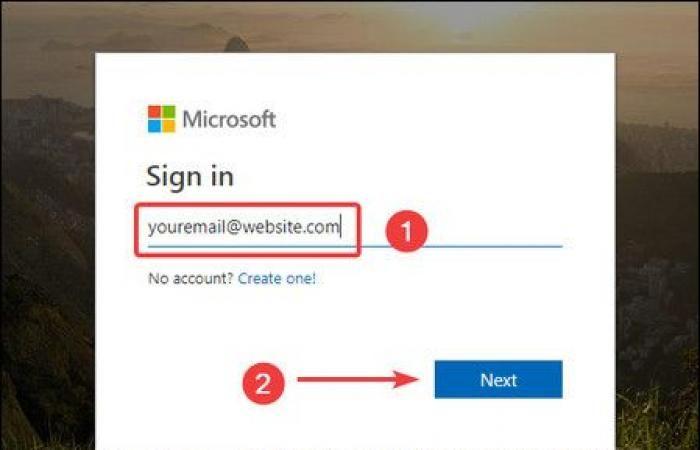 We show you our visitors the most important and latest news in the following article:
Microsoft fingerprint login alternative to password, today Sunday September 19, 2021 10:47 am

The move by Washington-based Redmond follows the initial rollout of the feature to Microsoft’s commercial customers in March of this year.

According to the company, almost all employees are already taking advantage of the passwordless login features.

The problem with passwords, they argued, is that they can be guessed or stolen — and when detailed enough to be secure they are generally difficult to remember.

In contrast, they said, only appropriate users could provide their fingerprint or reply using the authentication app on their phone.

However, it is not clear how secure a person’s account will be if the phone containing the authenticator app is hacked.

However, Lack of Password won’t work with some older devices and platforms – including Xbox 360 consoles, Office 2010, and Windows 8.1.

“No one likes passwords. They are inconvenient, and a prime target for attacks. However, for years they have been the most important layer of security for everything in our digital lives – from email,” Microsoft Vice President of Security, Compliance and Identity Vasu Jakal wrote in a blog post. To bank accounts, shopping carts, and video games. We’re expected to create complex and unique passwords, remember them, and change them frequently, but no one likes to do that either. For the past two years, we’ve said the future is passwordless, and today I’m excited to announce the move. following in this vision.

“Starting today, you can now completely remove your password from your Microsoft account. Use the Microsoft Authenticator app, Windows Hello, a security key, or a verification code sent to your phone or email to sign in to your favorite apps and services, such as Microsoft Outlook and Microsoft,” Jackall continued. OneDrive, Microsoft Family Safety, and more.”

“This feature will be rolled out in the coming weeks,” he concluded.

According to Microsoft, users who enable the “do not use password” feature and then lose access to their authentication app can resort to a number of backup login options.

This includes facial recognition (if available), a physical security key, or the use of SMS or email codes.

And more companies will be moving toward this, as Apple added features in iOS 15 to prepare for similar moves toward more secure logins and to forgo the use of passwords.

These were the details of the news Microsoft fingerprint login alternative to password for this day. We hope that we have succeeded by giving you the full details and information. To follow all our news, you can subscribe to the alerts system or to one of our different systems to provide you with all that is new.