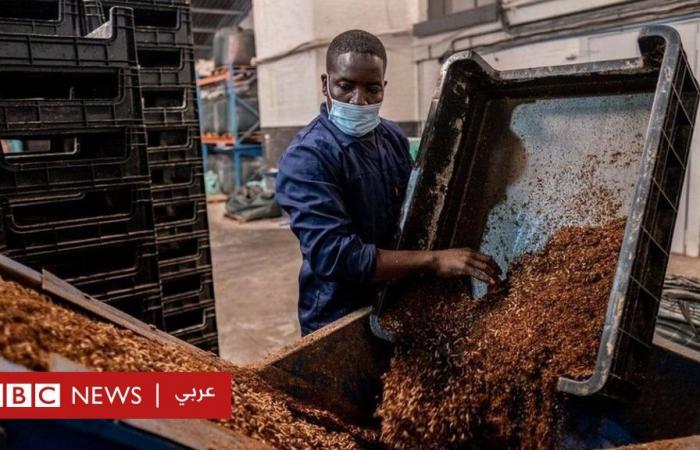 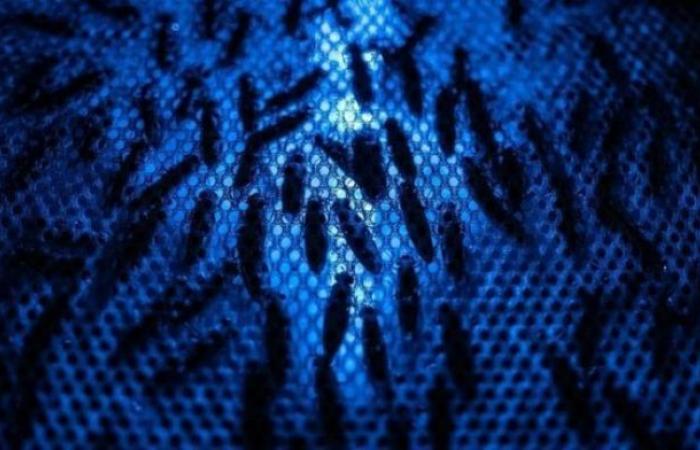 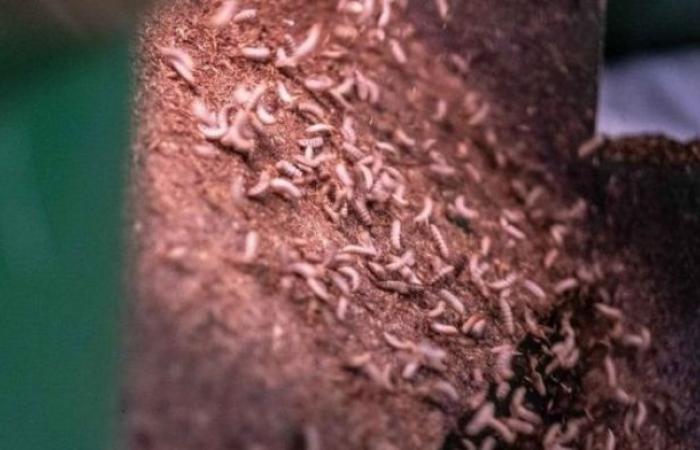 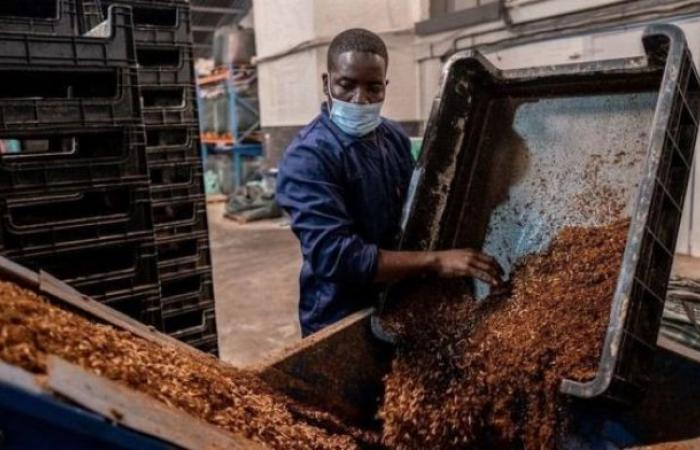 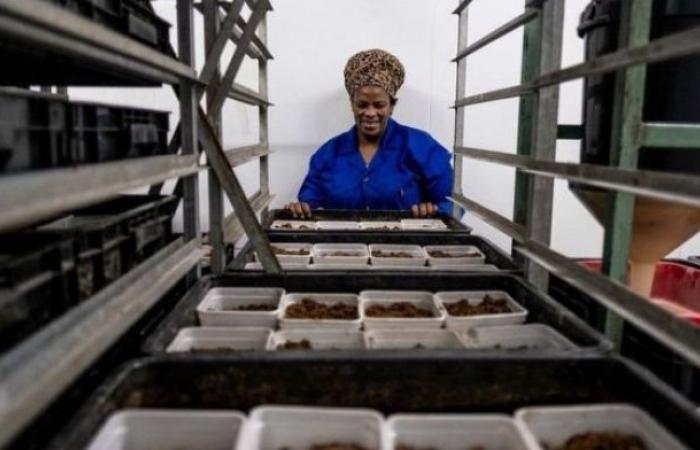 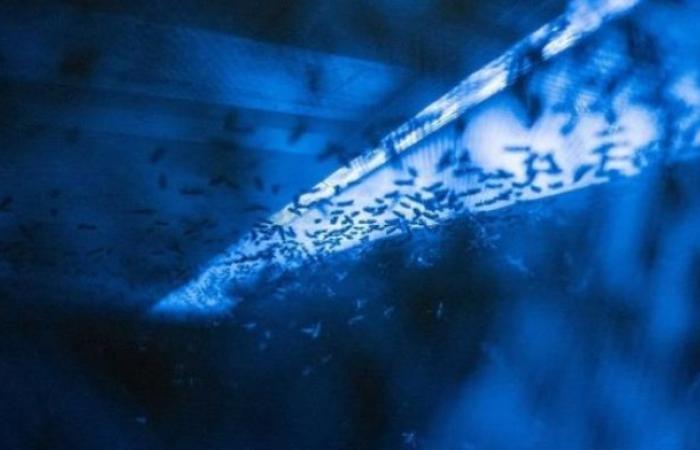 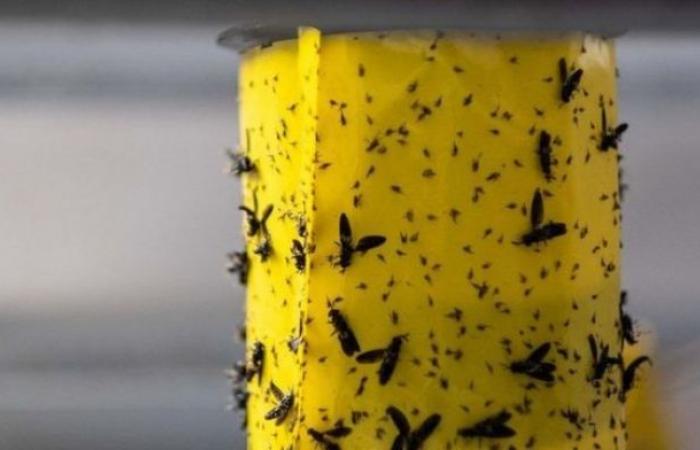 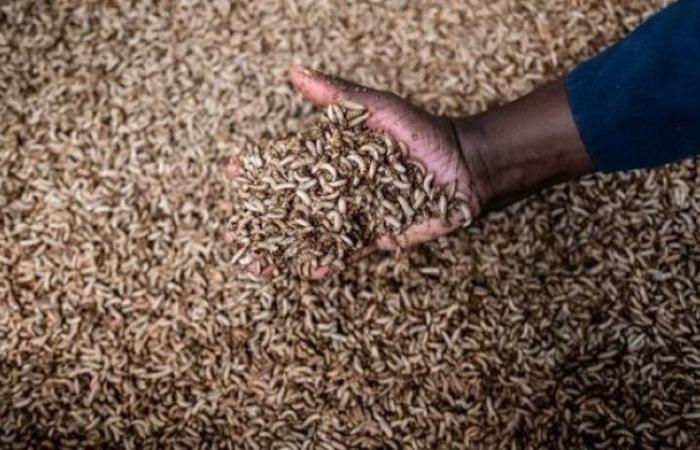 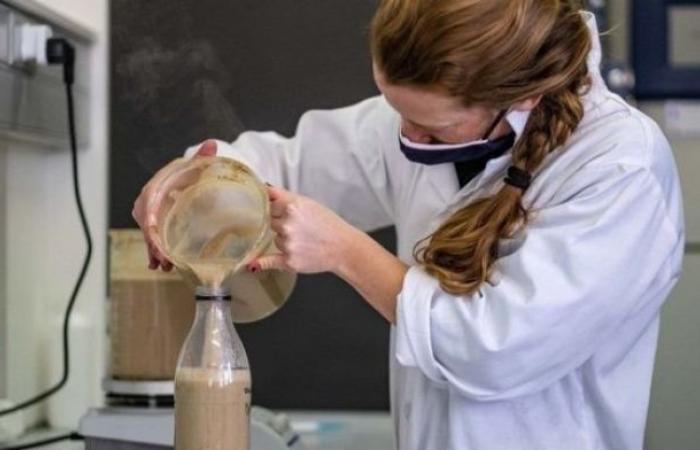 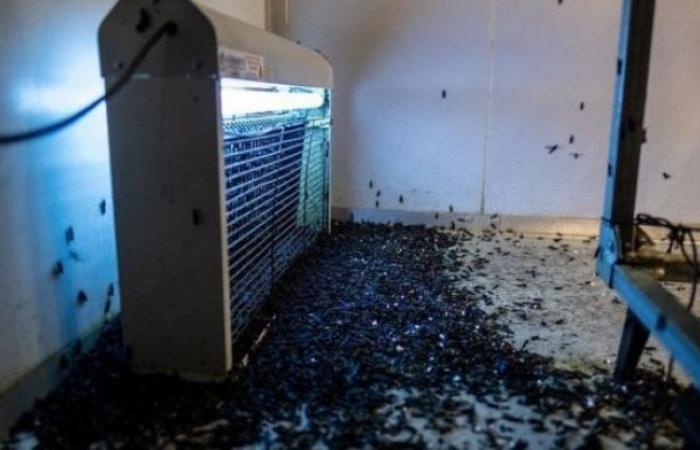 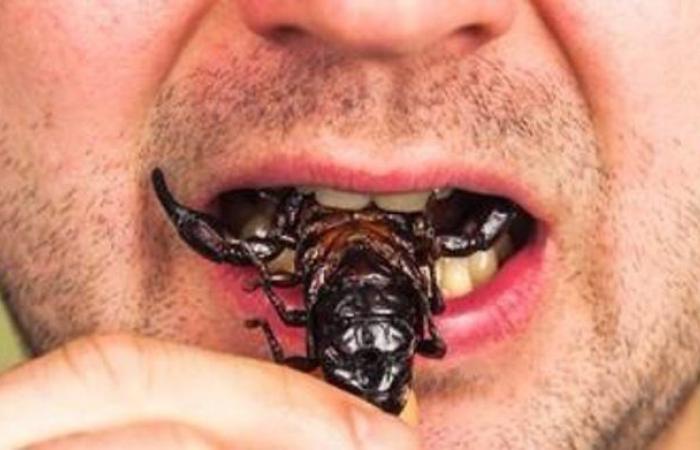 There is a growing demand for insects as a source of protein in pet food, and photographer Tommy Trenchard visited a fly farm in Cape Town, South Africa, hoping to learn about the experience.

She launched the Maltinto Farm in 2018 in an industrial area on the edge of town, a far cry from its traditional rural counterparts.

However, every month it pumps out more than 10 tons of high-quality, high-protein feed, most of which are intended for export abroad.

“You have a food shortage, people are starving, and then you have a waste problem at the same time, so I started looking at how to rebalance that,” said Dean Smoreenberg, founder of the farm, referring to his inspiration for getting into the field.

Smoreenberg, a former management consultant, started a black soldier fly farm in his bathroom in 2016, before moving to the field.

This model is attractive to carbon-conscious consumers, as fly larvae feed on waste food products.

This process consumes less water and land than other types of protein production, and is less carbon intensive.

A 2020 study by researchers in Britain and Germany found that the global pet food market releases as much carbon dioxide into the atmosphere as the total emissions of the Philippines or Mozambique.

Instead of challenging the massive global soy or fishmeal industries that currently provide much of the world’s most affordable protein, the Maltinto Farm is looking to offer products that complement the flavor of pet food or complement the nutritional properties.

“There is no other type of crop in the world that can provide you with 52 annual seasons from one place,” he added.

The rapidly expanding Maltinto farm is divided into sections according to the different stages of the insects’ life cycle.

The pupae undergo a transformation process in a dark room on the ground floor before being moved to the upper floor of the breeding enclosure, where the adult flies lay their eggs under ultraviolet rays in mesh cages.

“This is basically the engine room on the farm if you want to consider it like that, and the temperature and humidity are the most important things to make sure the product thrives,” says Dominic Malan, who is responsible for generating leads.

The nursery is in a neighboring house where the eggs hatch and the produce is distributed into small plastic containers filled with feed, then stacked in temperature-controlled rooms where they grow at an extraordinary rate.

“We put 0.5g of these little ones in, and after six days they had grown to 4kg,” says Malan. “They are voracious feeders.”

Once the flies are fully grown, the containers are emptied into a machine that separates them from the “residue”, effective fly fertilizer, which will be sold as a form of organic fertilizer.

Malan says there has been a lot of interest in this by-product from the pharmaceutical cannabis sector.

From this point on, fly larvae can go one of many ways. Many are dried whole and exported to feed poultry and pets in the United States, others are effectively chopped into a coarse powder that a Norwegian company will use to make dog food, and still others are pressed to obtain oils, or hydrolyzed into a digestible liquid.

In the corner of the room are rows of giant white sacks filled with dried maggots.

Malan says that cats and dogs cannot resist it, but for humans, they find it an earthy taste because of the consumed grains they feed on.

According to Rabo Research, a Dutch agricultural research organisation, global production of insect protein for pet food could reach half a million tons by the end of the decade compared to 10,000 tons per day today, an industry that is developing rapidly.

In a laboratory in the city’s Woodstock neighborhood, which overlooks Table Mountain, farm scientists are constantly striving to improve the taste and health benefits of grub products.

It depends on what diet the larvae are fed on, the conditions in which they are grown, as well as how the final product is processed.

“It’s actually quite versatile, and there are a lot of uses that haven’t been explored yet,” says Dr. Lea Bessa, a food scientist with a PhD in using fly larvae as a substitute for meat for human consumption.

And the latest product Dr. Bessa is working on is something designed to be added to pet foods to improve their taste and nutritional benefits. Before joining Maltinto Farm, Dr. Bessa made headlines in South Africa after launching a company that sells insect ice cream.

In a 2013 report, the Food and Agriculture Organization of the United Nations said eating insects could help address food shortages around the world. But while insects are a popular snack in many countries, Western countries have resisted them.

For now, Dr. Bessa believes that insect consumption is likely to remain largely confined to pets.

“We’re not quite there yet,” says Dr. Bessa, adding that allergies remain an obstacle. “Feeding insects to dogs is much easier than humans at this point.”

These were the details of the news The story of a farm that turns flies into food for... for this day. We hope that we have succeeded by giving you the full details and information. To follow all our news, you can subscribe to the alerts system or to one of our different systems to provide you with all that is new.