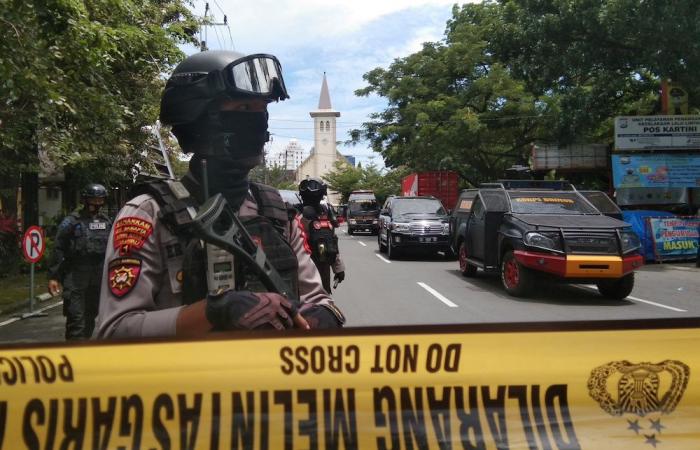 Hello and welcome to the details of Indonesian militant leader killed in shootout, police say and now with the details

A joint operation by military and police personnel killed Ali Kalora in a shootout at a village on Sulawesi island on Saturday afternoon, according to a police statement.

Another militant, identified as Jaka Ramadhan, also known as Ikrima, was also shot dead, police said, adding that a hunt was underway for four other MIT members.

Explosives, an M16 rifle and two machetes were found, along with other evidence of militant activity, following the raid.

Kalora took over as MIT leader after security forces killed its previous head, Santoso, in 2016.

Authorities believed MIT was behind the brutal murder of four villagers in central Sulawesi in November 2020, although the group did not claim responsibility.

Its former leader Santoso was once the most wanted militant in Indonesia, a country with the world’s largest Muslim population. Santoso was one of the first militants in Indonesia to pledge allegiance to Islamic State.

Ridwan Habib, a terrorism analyst with University of Indonesia, said the Sulawesi-based MIT group was unlikely to survive its leader’s death, although he suspected its members who are on the run would continue to fight security forces.

“Part of their ideology is seeking death because they believe death will take them to heaven. With their leader dead, they will seek death as well,” he told Reuters. “I’m not sure there will be a reestablishment (of MIT) or a new leader elected.”

The country’s deadliest Islamist militant attack took place on the tourist island of Bali in 2002, when bombers killed 202 people, most of them foreign tourists. — Reuters

These were the details of the news Indonesian militant leader killed in shootout, police say for this day. We hope that we have succeeded by giving you the full details and information. To follow all our news, you can subscribe to the alerts system or to one of our different systems to provide you with all that is new.