Walter Bwalya: Musimani’s confidence declined… and I did not understand Al-Ahly’s... 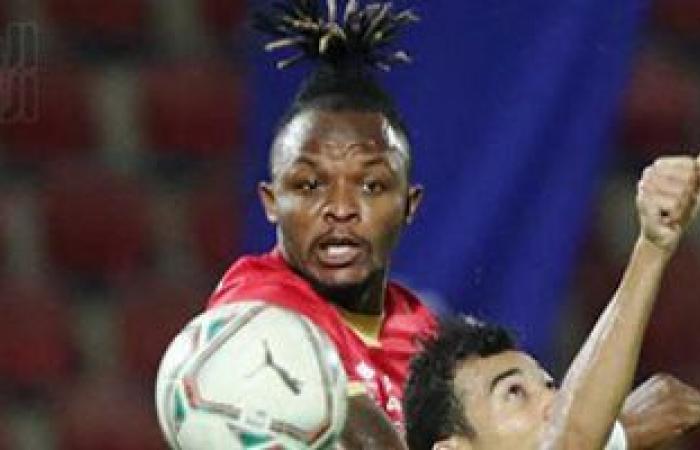 The Congolese Walter Bwalya, the former Al-Ahly striker, confirmed that he had left the team; Because of coach Pitso Mosimane’s lack of confidence in him, he explained that he could only leave the team in the hope of getting a greater opportunity to participate.

Bwalya said, in televised statements to the “Jamhour Al-Taltah” program, on On Time Sports 2, with the journalist Ibrahim Fayek.: “Football is round, it is the same in all clubs with the same weight and the same dimensions, some days the wind comes in your sail and some days it comes with what ships do not desire, it is God’s plan and it is destiny, I perform but this is football, I perform but I cannot understand What happened”.

The Congolese player added: “My move from El-Gouna to Al-Ahly was due to the performance on the field, and the hard work that I was doing, and there were many fans demanding that I join Al-Ahly, and at first the matter was not serious, and after that I held a session with Amir Tawfiq, and we gathered the conversation, He told me that joining Al-Ahly at this time was not possible because of the number of foreigners.”

Bwalya shared his followers and fans through his personal account on the “Instagram” website, with his first pictures of him in the Turkish club Malatyaspor, which he joined a few days ago after his departure from the Red Castle.

Amir Tawfik, the club’s contracting manager, ended loaning Walter Bwalya, the team’s striker, to the Turkish club, Malatyaspor, for a year, with the intention of selling.

Al-Ahly club officials ended the procedures for loaning Walter Bwalya to Malatyaspor during the current summer transfer period in exchange for a sum of money, other than what the Red Castle officials would receive if the contract to sell the Congolese player was activated at the end of next season.

These were the details of the news Walter Bwalya: Musimani’s confidence declined… and I did not understand Al-Ahly’s... for this day. We hope that we have succeeded by giving you the full details and information. To follow all our news, you can subscribe to the alerts system or to one of our different systems to provide you with all that is new.