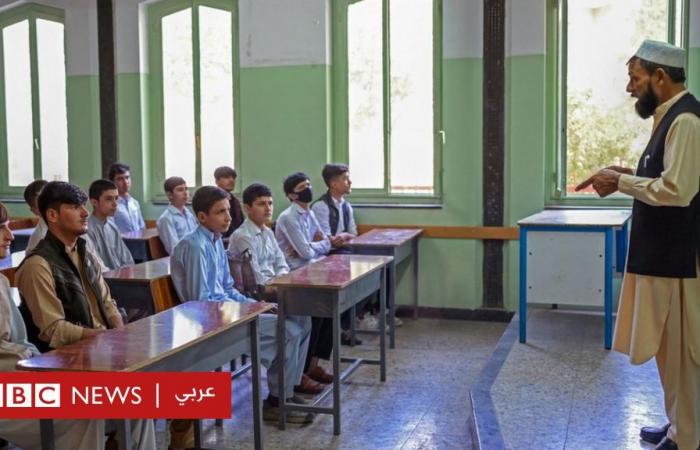 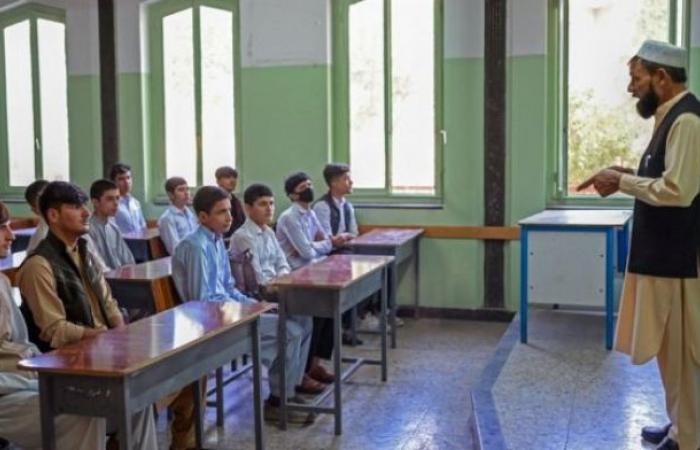 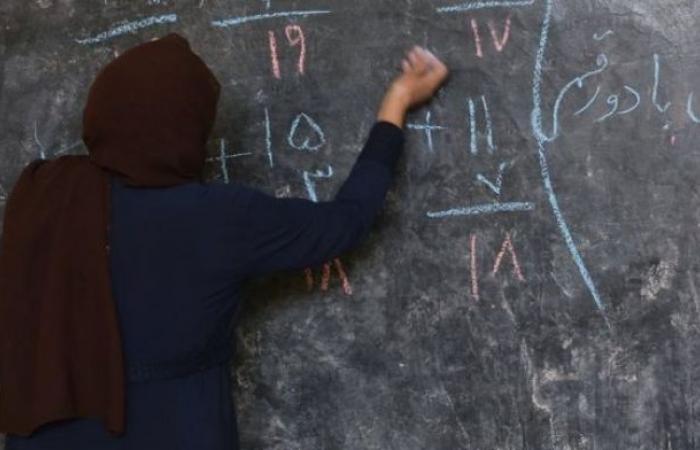 There was no mention of female students or teachers in the movement’s statement, which announced the return of studies to the secondary stage.

An Afghan schoolgirl told the BBC she was feeling lost. “Everything looks dark,” she said.

A Taliban spokesman said: There are plans to open schools for girls quickly.

Despite the Taliban’s promises, it is a new sign that the country is moving to the same previous “difficult” phase in which the movement ruled Afghanistan in the 1990s.

In another development, the Taliban abolished the Ministry of Women’s Affairs, and replaced it with another ministry to enforce Islamic teachings.

During the previous rule of the movement, between 1996 and 2001, the Ministry of Promotion of Virtue and Prevention of Vice assumed responsibility for deploying the values ​​police in the streets, to support the implementation of Islamic law according to the movement’s vision.

‘Worried about my future’

“All teachers and students must come to schools and educational institutions,” a statement from the movement said on Saturday.

Pupils attend secondary schools in Afghanistan between the ages of 13 and 18, and most schools are either girls or boys, making the task of the movement to close girls’ schools easy.

The Afghan Bakhtar News Agency quoted Taliban spokesman Zabihullah Mujahid as saying: Girls’ schools will soon be overrun. He added that there are officials who are currently working on “measures” and the details of achieving this, including the separation of teachers.

The schoolgirls, and their parents, consider the consequences to be bleak.

“I feel very worried, for my future,” said a student who hoped to be a lawyer.

“Everything looks bleak, every day I wake up and ask myself, am I still alive? Should I stay at home, waiting for someone to come to the door and ask to marry me? Is this what it means to be a woman?”

Her father said, “My mother was uneducated, and my father was constantly demeaning her, calling her a fool, and I did not want my daughter to be like my mother.”

“It’s an unfortunate day,” another 16-year-old girl said in Kabul.

“I wanted to be a doctor, and this dream faded, and I don’t think they will let us go back to school, even if they reopen these schools, they don’t want educated women,” she added.

The Taliban announced last week that girls would be able to learn at university, but without mixing with young men, and they must adhere to Islamic dress.

Some claimed that this means that girls will not have a place in universities, most of which suffer from a lack of resources and cannot provide separate halls for girls.

Since the overthrow of the Taliban regime, the country has witnessed a development in education rates, among its sons, especially girls.

The number of girls in primary schools has gone from almost zero in 2001 to about 2.5 million girls, while the proportion of girls and women who are literate has nearly doubled over the past decade, reaching 30 percent.

The majority of the educated girls were in the big cities.

“This is a huge obstacle, in the field of women’s education, in Afghanistan,” said Nuria Nazhat, a former spokeswoman for the Ministry of Education.

“It reminds everyone of what the Taliban did, in the 1990s, until we had an entire generation of uneducated women,” she added.

The Taliban had announced, after taking control of the country, that it intended to respect women’s rights “in accordance with Islamic law.”

These were the details of the news Afghanistan under Taliban rule: Secondary schooling returns without girls for this day. We hope that we have succeeded by giving you the full details and information. To follow all our news, you can subscribe to the alerts system or to one of our different systems to provide you with all that is new.