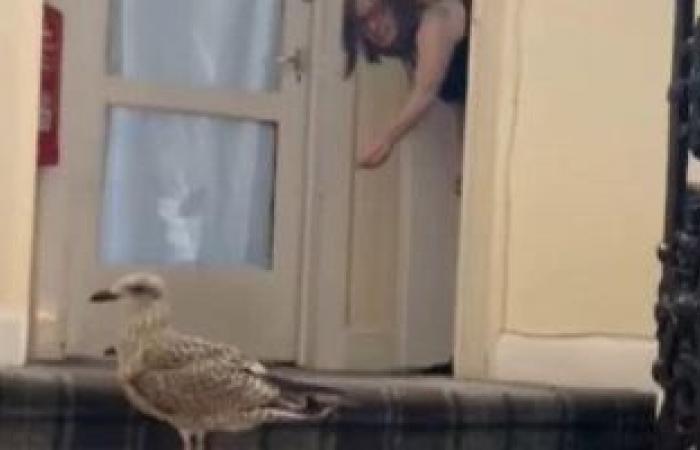 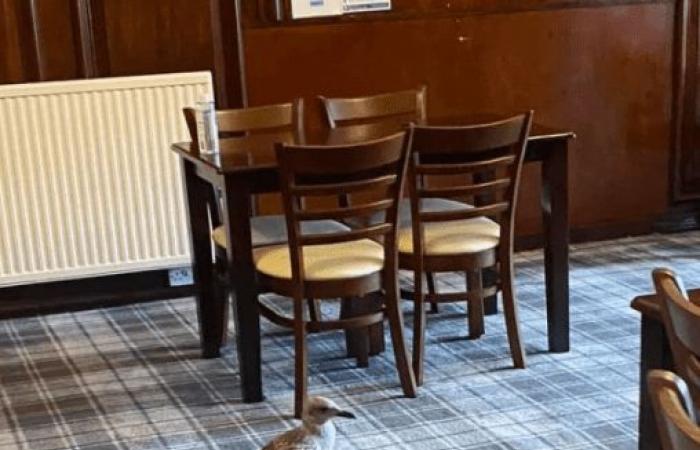 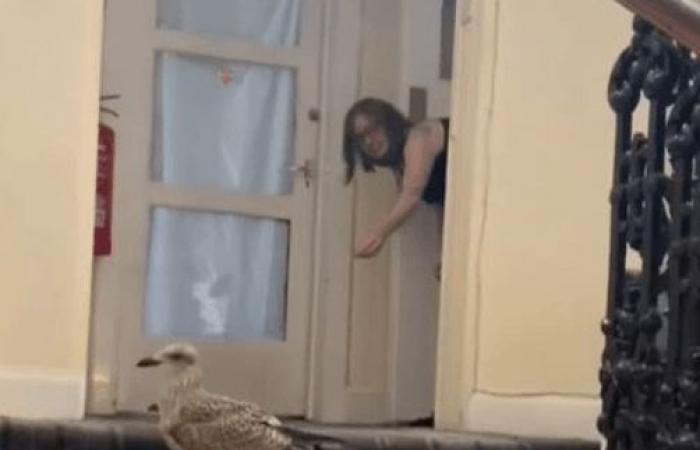 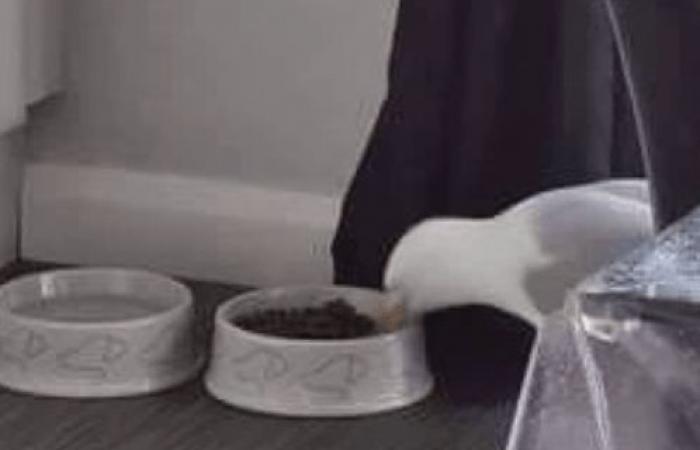 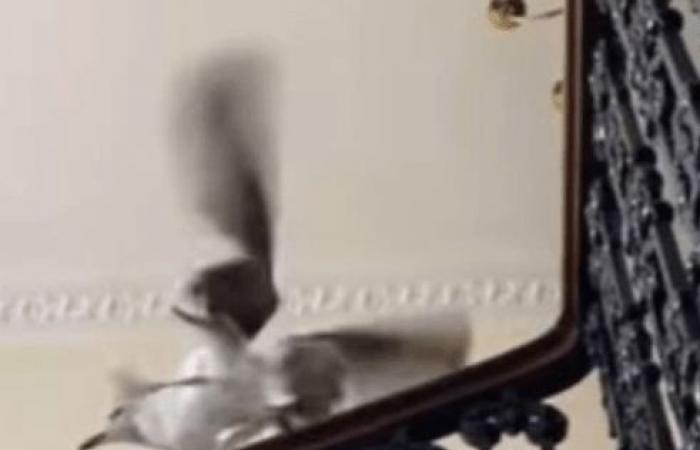 Several coastal cities in Scotland were exposed to an intense spread of seagulls that stormed homes and shops to get food, which brought to the minds of the residents the scenario of the famous horror movie “The Birds” by Alfred Hitchcock, in which birds of prey invaded a city and caused residents to flee for fear of Brutal attack of birds.

Nawras in a hotel

A woman is surprised by a bird in her house

Coastal cities are being held hostage by hordes of seagulls, making life hell for locals. Birds have even stormed homes and hotels across the coast of Scotland to steal food, as residents reveal they live in fear of the next time seagulls will strike their towns, according to the newspaper. The British Sun.

Residents of coastal cities in Scotland are surprised by the entry of daring birds without permission to homes and hotels, wandering in kitchens and halls to steal food, and many pictures of birds of prey attack on residential neighborhoods.

Residents revealed that their mental health was in tatters after a barrage of seagull attacks, with some struggling with the unbearable croaking of birds, while others forced to run in fear of bird-borne pests, and some Scots liken these seagulls to “flying mice” in need of campaigns. Execution to get rid of their harassment and aggression.

Gillian Durant, from South Ayrshire, told the newspaper The Sun Online: “I have moved to a new building.. Seagulls are sitting on the roofs day and night screaming, and their noise is the worst.. They must be disposed of.”

Another woman said on Facebook: “They’re a nightmare, I can’t open the windows at night because of the noise, someone stole a steak from the grill while they were cooking, not to mention it messed up or got bombed, and they just fly in a system like they’re machines.”

These were the details of the news Seagulls storm homes and shops in Scotland to kidnap food.. Photos for this day. We hope that we have succeeded by giving you the full details and information. To follow all our news, you can subscribe to the alerts system or to one of our different systems to provide you with all that is new.