Lebanon.. Tons of ammonium nitrate in one of Hezbollah’s most important... 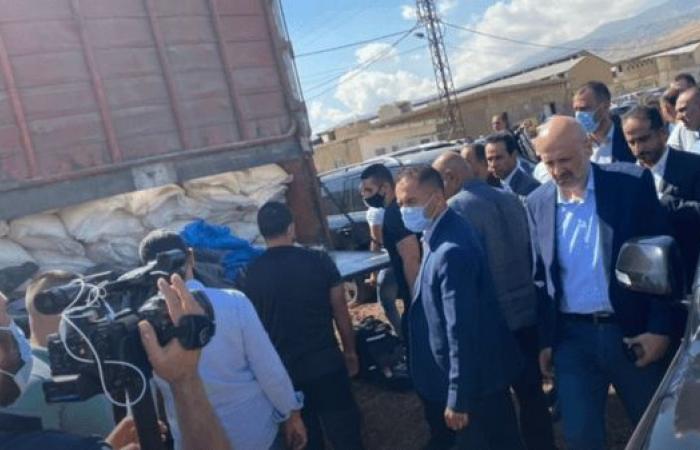 Once again, ammonium nitrate, the substance whose name is associated with an explosion, has emerged Beirut port, In Lebanon.

Today, Saturday, the security forces seized 20 tons of ammonium nitrate in a truck in the town of Badnayel in Baalbek.

The Minister of the Interior is visiting

As a result, the Minister of Interior and Municipalities, Bassam Mawlawi, visited the town of Badnayel, stressing that he was “following up the investigations with the security forces,” according to local media.

Molloy also added that “the seizures will be moved to a safe place so that they do not cause any harm in the place as a result of exposure to the sun and heat.” He pointed out that “a comprehensive survey will be conducted in the region to find out what is in it, as is the whole of Lebanon.”

It is noteworthy that Baalbek is considered one of the most important strongholds of the Hezbollah militia.

It is reported that a huge explosion in Beirut port On August 4, 2020, the authorities attributed to him the storage of large quantities of ammonium nitrate without protective measures, which led to the death of at least 214 people and the injury of more than 6,500 others, in addition to extensive damage to the port and neighborhoods in the capital.

It later emerged that officials at several political, security and judicial levels were aware of the dangers of storing this substance and did nothing.

This explosion, which some compared to the Hiroshima bomb, also sparked outrage from the political class accused of negligence and responsibility for the destruction of the capital. The fragments of this anger reached the power of Hezbollah, which is backed by Iran, and which some accuse of controlling all crossings and ports in Lebanon.

These were the details of the news Lebanon.. Tons of ammonium nitrate in one of Hezbollah’s most important... for this day. We hope that we have succeeded by giving you the full details and information. To follow all our news, you can subscribe to the alerts system or to one of our different systems to provide you with all that is new.