Clashes between the Libyan National Army and Chadian rebels in southern... 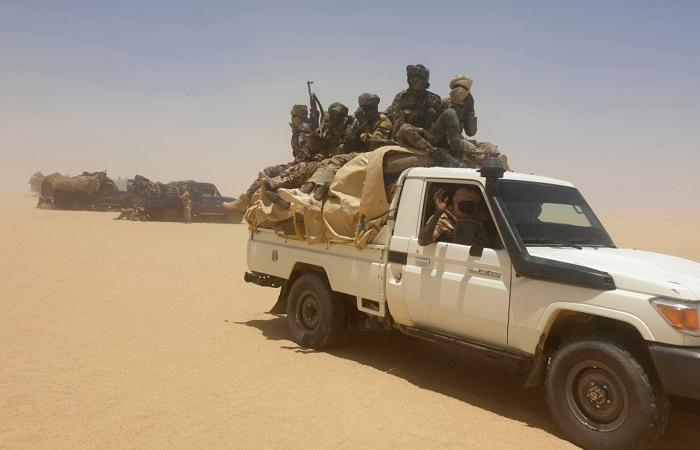 Clashes took place between forces of the Libyan National Army (LNA), led by Field Marshal Khalifa Haftar, and rebel forces from Chad in southern Libya, on Tuesday and Wednesday, both sides said.

The clashes highlight the dangers of unrest in the African Sahel region, where several armed groups operate across the border, making room for militant organizations.

And statements issued by the Libyan National Army, which controls most of the east and south of the country, stated that it is carrying out military operations against what it described as terrorist groups and the Chadian opposition.

In turn, the Front for Change and Accord in Chad (FACT) said through social media that its front-line positions were attacked by Haftar’s forces, who are fighting alongside what they described as “Sudanese mercenaries” and “French forces”.

The LNA said it had carried out air strikes and was also conducting air patrols.

For its part, the Chadian Front for Change said that French air strikes targeted its positions, while the French army said that it had no ground or air forces in that area.

Researchers say that the front has a presence in Libya, fought alongside the Libyan National Army in some periods of the civil war, and received heavy weapons from Haftar.

Last April, the front advanced towards northern Chad, and fought battles with the army there.

Chadian authorities say that President Idriss Deby, who ruled the country for 30 years, was killed in those clashes, and his son took over the interim transitional presidency after him.

Most of the major battles in the Libyan civil war have stalled since the LNA campaign ended last year and the two sides accepted a truce, formed a transitional government of national unity, and sought elections, but both sides still have mercenaries in the country.

France intervened in the African Sahel region in 2013, sending troops to help fight militants in Mali, Niger, Burkina Faso and Chad, but its patience has run out due to political turmoil there, and in July it said it would halve its troop strength there.

The number of French forces at that time was five thousand soldiers in the region.

These were the details of the news Clashes between the Libyan National Army and Chadian rebels in southern... for this day. We hope that we have succeeded by giving you the full details and information. To follow all our news, you can subscribe to the alerts system or to one of our different systems to provide you with all that is new.