For the first time .. “Al-Ardah” tells the secrets of the... 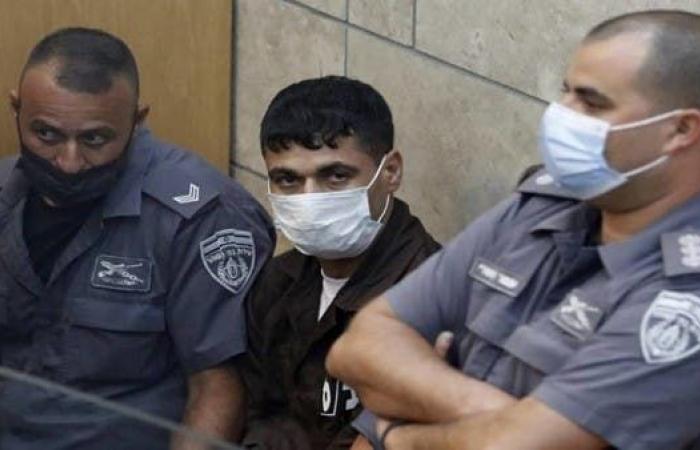 Lawyer Raslan Mahajna recounted the details of what the newly-arrested prisoner Mahmoud al-Ardah told him during his visit, revealing the steps taken by the fleeing prisoners after escaping from Gilboa prison.

The prisoner Mahmoud Al-Ardah told his lawyer during the latter’s visit to him at the Jalameh investigation center that they tried as much as possible not to enter the Palestinian villages in the 48th area so that no one would be held accountable.

I am primarily responsible for planning and implementation

Al-Ardah added: “There was no help from other prisoners inside the prison, and I am primarily responsible for planning and implementing this operation, which began in December 2020.”

Raslan Mahajna quoted the prisoner Mahmoud Al-Ardah as saying: We were the six prisoners together until we reached the village of Naoura and entered the mosque, and from there we dispersed, each two separately… During the escape, we had a small radio and we were following what was happening outside.

He added, quoting the prisoner: “We tried to enter the West Bank areas, but there were great security reinforcements and strictures, and we were arrested by chance, and no one from Nazareth reported us, as a police patrol passed and when it saw us, it stopped and the arrest was made.”

The moment we were arrested

According to the lawyer, Mahmoud Al-Ardah said: “The investigation continued with me from the moment of our arrest until now…there was no help from other prisoners inside the prison.”

He continued: “We started digging in December 2020, until this month… We were very moved when we saw the crowds in front of Nazareth. I salute the people of Nazareth, they raised my spirits.”

The captive continued, saying to Raslan Mahajna: “I assure my mother of my health, and my spirits are high, and I salute my sister in Gaza,” stressing that “what happened is a great achievement, and I am concerned about the situation of the prisoners and the achievements of the prisoners that have been withdrawn.”

And he added, “I salute all the fans of our people for their honorable stance.”

These were the details of the news For the first time .. “Al-Ardah” tells the secrets of the... for this day. We hope that we have succeeded by giving you the full details and information. To follow all our news, you can subscribe to the alerts system or to one of our different systems to provide you with all that is new.