The accident of the betrayed engineer at the hands of his... 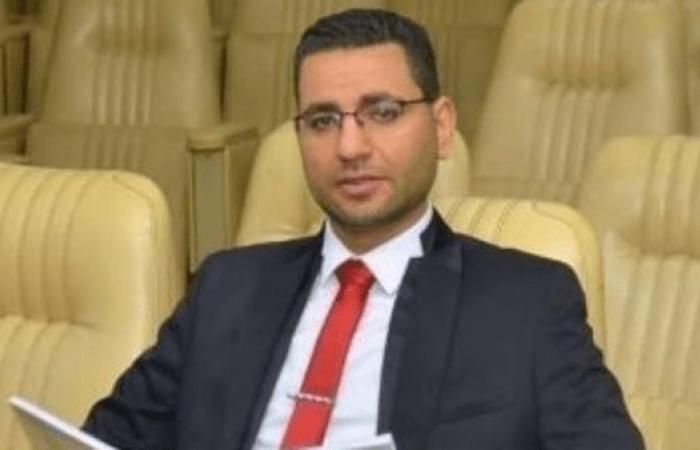 The wife of Ahmed Atef, an engineer in Egypt, whose body was found by the authorities in the Nile after his disappearance for 11 days, revealed the details of the last phone call between them before his murder and her suspicions about his friend.

Details of the last call before his death

She said in an interview with “Al Arabiya Net” that the last contact between her and her husband was minutes before the accident, when he left the house to meet his friend Muhammad Abu Al-Ezz to obtain from him the money owed to him and pay the costs of the birth of their second child, adding that she called him at twelve o’clock. And 58 minutes after midnight to check on him without knowing that it will be the last call.

The wife said that her husband told her that he was standing with his friend on the Nile Bridge in Mansoura because his car broke down and that he was waiting for it to be repaired or for a crane to arrive to pull it and demanded that she sleep and rest in order to ensure her unborn child, adding that she was worried, especially after the husband informed her that he had not yet received his money from the friend.

And she added that she called her husband again, but he did not answer and repeated the call and every time he did not answer, until the phone was completely closed, so she sent him on “WhatsApp” and he did not answer either, and it lasted for 9 hours, after which she wore her clothes and carried her child and went to her father’s house.

Suspicions about her husband’s friend

She stated that she called her husband’s friend to ask him about him, and he told her that the husband left after their meeting and that he did not know where he went after that? She added that she questioned his account and did not believe his allegations, despite his continuous attempts to remove suspicions from him and search with them about her husband and ask their mutual friends about him.

The Egyptian security services had revealed the circumstances of the finding of the body of a teaching assistant at the Faculty of Engineering at Mansoura University, north of Cairo, in the Nile, after he was absent for 11 days.

The Egyptian Ministry of Interior said in a statement yesterday, Monday, that it was reported to the Talkha Police Station in the Dakahlia Security Directorate from a person residing in the center’s department, in the absence of his son, a teacher at the Faculty of Engineering and a resident of Bandar Talkha, from his residence after he left to meet some of his needs from the city of Mansoura. She added that by examination, it was found that a previous report had been received to the Mansoura Police Department from the Emergency Police that the body of the university teacher had been found in the Nile River, in all his clothes.

The efforts of the search team resulted in the fact that the victim’s friend, who holds a bachelor’s degree, and resides in Bandar Talkha, was behind the incident, where he met with the victim based on a prior appointment between them to claim the victim for an amount of money owed to him. The Egyptian Ministry of Interior stated that after legalizing the procedures, the accused was targeted and could be arrested, and by confronting him, he admitted that he took the victim in his car to give him part of the money, and while they were walking on top of a bridge, he stopped, claiming that the car had malfunctions and got out of it.

Confession of the accused

The accused added that during their stop, a verbal altercation occurred between them, which developed into a quarrel, after which he pushed the victim from the top of the iron fence of the bridge, and he fell into the water and drowned.

The incident sparked outrage in Egypt, where the family of the young Ahmed Atef El-Sherbiny El-Zeini, from the village of Mit Antar in Talkha and a teaching assistant at the Faculty of Engineering at Mansoura University, announced his disappearance. In the details, the director of Dakahlia Security received a notification from the people stating that a report had been received from the people to the sheriff of the Mansoura center that a body had been found in the Nile River below the university bridge, and by examination it was found that the body of the absent engineer had been found.

The young man’s wife said that her last phone call to her husband was before the birth of their second child, where he went to meet one of his friends and obtain from him part of the money owed to him by him to pay the costs of the birth. The call disappeared after that, and she could not reach him, noting that she had given birth to her child before she learned the news of her husband’s death.

The villagers said that suspicions turned towards his friend, who was the last person he met, and there were differences between them over financial dues, and doubts increased after the disappearance of the friend and his family from their home after the accident. The accused admitted that he committed his crime to get rid of the victim and his continuous demands to get his money, especially as he suffers from financial hardship and could not find the money he requested from him, and the prosecution was notified, which took over the investigation.

These were the details of the news The accident of the betrayed engineer at the hands of his... for this day. We hope that we have succeeded by giving you the full details and information. To follow all our news, you can subscribe to the alerts system or to one of our different systems to provide you with all that is new.