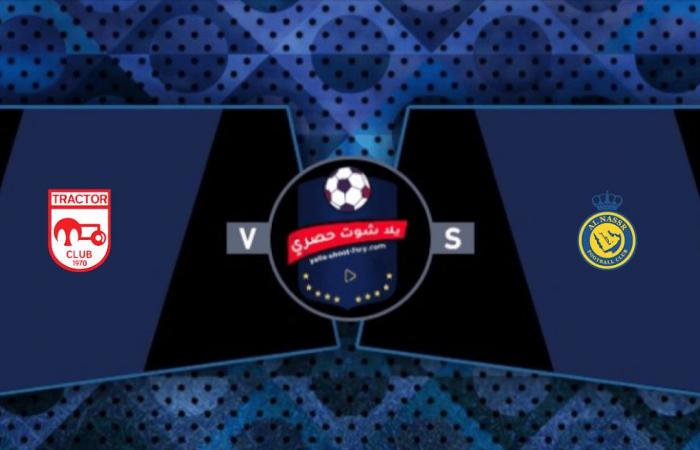 The live broadcast of the Al-Nasr match against Traktor Tabriz al-Nasr vs teraktor sazi tabriz The Saudi Al-Nasr team will meet at 6:00 pm Cairo time with the Iranian Traktor Tabriz team in the match that will be held at Jassim Bin Hamad Stadium in Al-Sadd Club in the framework of the 16th round of the AFC Champions League In its current season, a match that is scheduled to be broadcast on Saudi Sports channels, accompanied by audio commentary and a detailed description of the match in Arabic.

The Saudi Al-Nasr team was able to top the rankings of its group in which it competed with both Al-Sadd, Al-Wehdat and Foolad Khuzestan clubs after playing six matches in the group stage competitions. Only a tie was the result that decided the result of two matches of Al-Nasr team, so that the team’s balance stopped at eleven points, topping the group standings and one point ahead of its closest competitors, to qualify for the round of sixteen.

As for the Iranian Tractor Tabriz team, it competed in the group stage in the second group with Sharjah, Pakhtakor and Air Force, and it finished the group stage competitions in second place after the Iranian team Sharjah after competing in six matches and winning only two of its six matches. The Tractor Tabriz team was not defeated in any of its matches, as it scored a draw in four matches, bringing its score to ten points, to be in second place after the Sharjah team, which topped the group’s standings with eleven points.