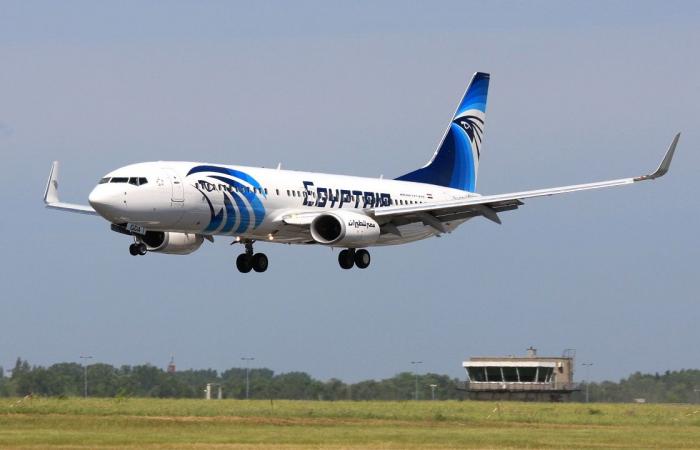 The Israeli Ministry of Foreign Affairs confirmed that EgyptAir has started operating flights between Tel Aviv and Cairo at a rate of 4 weekly flights.

Foreign Ministry Spokesman Lior Hayat said in an interview with the American “Al-Hurra” channel, that his country will be finally informed in the coming days about the date of the start of these flights, stressing that the peace agreement between Israel and Egypt is a cornerstone of peace agreements in the region..

On his country’s relationship with Bahrain, Hayat explained that there are common interests with Manama and that he looks forward to strengthening this relationship after the Bahraini ambassador, Khaled Jalahma, presented his credentials, on Monday, to Israeli President Isaac Herzog..

Regarding the initiative of Foreign Minister Yair Lapid to rebuild Gaza, Hayat stressed that this initiative is serious and that the Palestinians must realize this, and that they must choose either the path pursued by Hamas or the development of the Gaza Strip and making it more stable and secure..

In the first Israeli comment on the formation of the Lebanese government, the spokesman said that his country wants peace for the Lebanese, but he stressed that it is difficult to achieve this, and “Hezbollah is imposing its control over the government.”

The Lebanese presidency announced, last Friday, the formation of a new government in Lebanon, headed by Najib Mikati, after a year of vacuum resulting from severe political divisions, which contributed to deepening an unprecedented economic crisis in which Lebanon has been floundering for two years..

These were the details of the news “EgyptAir” begins operating 4 weekly flights between Tel Aviv and Cairo for this day. We hope that we have succeeded by giving you the full details and information. To follow all our news, you can subscribe to the alerts system or to one of our different systems to provide you with all that is new.

PREV Hong Kong is criminalizing CBD as a ‘dangerous drug’ alongside heroin
NEXT Suspects arrested over Pakistan mosque blast, police focus on how bomber got in