Putin is in “self-isolation” hours after meeting Assad… What happened? 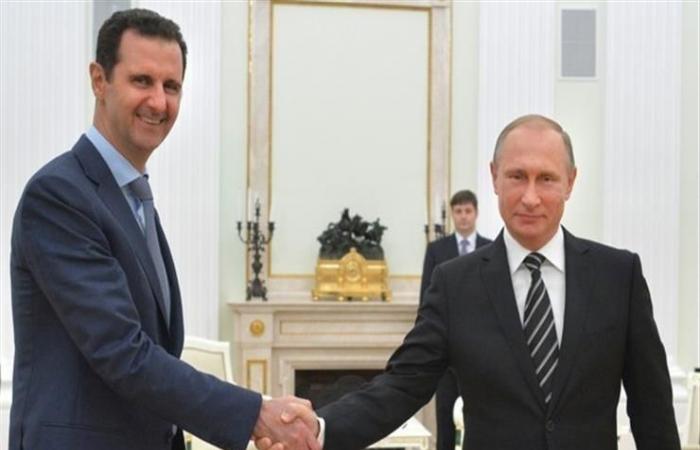 Hours after his meeting with Syrian President Bashar al-Assad in Moscow, his Russian counterpart Vladimir Putin entered self-isolation, after those close to him were infected with the Corona virus, the Kremlin announced, Tuesday.

According to the Kremlin’s statement, Putin, 68, said: “In the face of the multiplicity of infections with the Corona virus in my circle, I must adhere to the system of self-isolation, for a certain period of time” – but he did not specify it.

The statement said Putin called Tajikistan’s President Emomali Rahmon, to inform him of his inability to travel due to self-isolation, and instead shared it via video.

In its statement, the Kremlin stressed that Putin “is in absolutely good health and does not have Covid.”

And two days ago, Putin said that he does not rule out the possibility of entering into quarantine due to Covid.

“Unfortunately, we are also vulnerable now,” he said, adding that doctors in Russia were “studying the situation.”

He continued, “In the middle of me there are problems with the Corona virus. I think I will soon have to go into quarantine, there are a lot of people who are sick around me.”

However, the Russian media did not take Putin’s statements seriously, and considered it a “joke”, according to the American newspaper “New York Times”.

The Russian president did not say which of the circle around him is infected with the Corona virus.

And Putin announced earlier this year that he had received two doses of the “Sputnik V” vaccine against Covid 19.

However, Putin went ahead with caution and adherence to precautionary measures, often even asking people he met to go into quarantine beforehand.

While coronavirus deaths in Russia reached an all-time high last month, they are still at record daily rates. The authorities fear that infections will rise in the fall, with less than a third of the population vaccinated, according to the American “Bloomberg” agency.

Russia has so far recorded more than 7 million injuries and about 195,000 deaths from Corona, according to the daily update of the Russian Operations Center to Combat Covid-19.

On Monday, Putin met Assad, who arrived in Moscow on a surprise visit.

It is not yet known whether Assad will also enter self-isolation or not.

The Putin-Assad summit began with a lengthy bilateral meeting between the two presidents, which was later joined by Syrian Foreign Minister Faisal Miqdad and Russian Defense Minister Sergei Shoigu.

The Kremlin said Putin told Assad that the presence of foreign forces in Syria without a UN Security Council resolution was an obstacle to the country’s unification. Putin also congratulated Assad on winning a fourth term in the presidential elections that took place in May.

Putin, Assad’s main ally in the 10-year conflict in Syria, welcomed the Syrian president to Russia in 2018 at his summer residence in the Black Sea resort of Sochi.

Assad, who is also backed by Iran, has not made many foreign trips since the outbreak of the war in 2011.

These were the details of the news Putin is in “self-isolation” hours after meeting Assad… What happened? for this day. We hope that we have succeeded by giving you the full details and information. To follow all our news, you can subscribe to the alerts system or to one of our different systems to provide you with all that is new.