Morocco.. General elections in one day for the first time 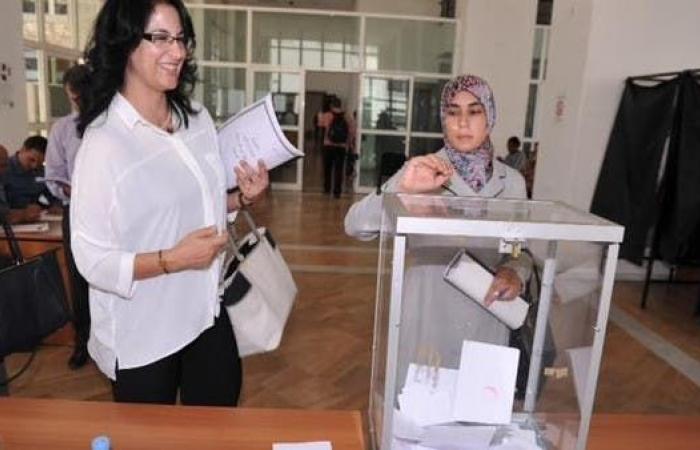 Voters in Morocco headed to the polls today, Wednesday, to participate in the general elections to be held in one day for the first time, in which several parties are competing, most notably the Justice and Development Party and the National Rally of Independents.

Polling stations opened at eight in the morning local time, during which 395 members of the House of Representatives will be chosen, in addition to members of provincial and district councils.

After the elections, King Mohammed VI appoints a prime minister from the party that obtains the largest bloc in Parliament, and the prime minister-designate is supposed to form a new government for five years.

The constitution also grants broad powers to the government and parliament. But the king retains the centrality of decision-making on strategic issues and major projects that do not necessarily change with the change of governments.

After a cold election campaign that was absent from major rallies due to the Covid-19 pandemic, the confrontation has escalated in recent days between the parties.

In this regard, the local media was interested in the entry of former Prime Minister Abdelilah Benkirane of the Justice and Development Party two days before the polling date on the controversy line, and he criticized Aziz Akhannouch of the “National Rally”.

Decline in the seats of the major parties

In general, it is expected that the number of major parties’ seats in the next parliament will decrease due to a new pattern of calculating votes against the total number of registered voters in the electoral lists, whether they participated in the polls or not.

While this calculation has been based only on the number of voters since the first elections held in Morocco in 1960.
The AKP was the only one to oppose this new “electoral divider” as it was called.

He is expected to lose, according to various estimates, between 30 and 40 seats, even if he gets the number of votes he won five years ago and gave him 125 seats, which would complicate his task in forming a government if he leads the way in the results.

A new phase of projects and reforms

Likewise, the course of the electoral campaign showed the absence of a clear polarization around political options and programs. Whatever the results, most political parties are expected to adopt a charter for a “new development model”, inaugurating a “new phase of projects and reforms” by the year 2035, as King Mohammed VI emphasized in a recent speech.

About 30 parties are betting on persuading about 18 million Moroccans registered in the electoral lists to participate in the vote, exceeding the 43 percent registered five years ago. Note that the number of adults of voting age is approximately 25 million, out of the 36 million population of the Kingdom.

These were the details of the news Morocco.. General elections in one day for the first time for this day. We hope that we have succeeded by giving you the full details and information. To follow all our news, you can subscribe to the alerts system or to one of our different systems to provide you with all that is new.