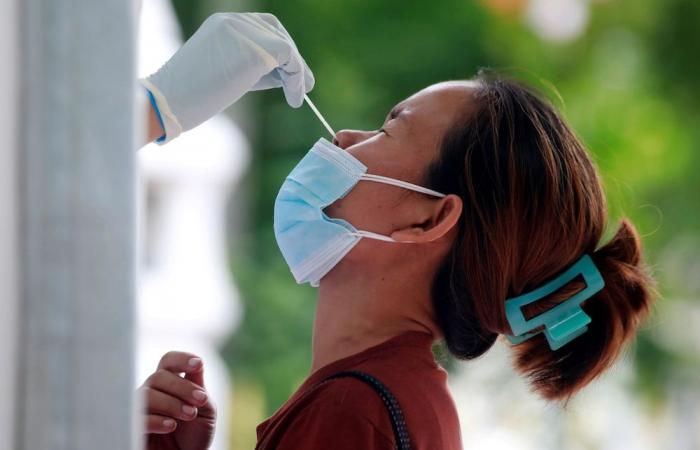 BANGKOK, Sept 8 — For families struggling to survive on US$150 (RM625) a month in Bangkok’s biggest slum, coronavirus swab tests are a luxury that few can afford.

The Khlong Toei slum, where an estimated 100,000 people live packed into tiny, overcrowded dwellings, has been a major concern as Thailand battles its third wave of the pandemic.

Now the Bangkok Community Help Foundation, a charity, has launched a mass testing drive to try to identify cases and help stop Khlong Toei from becoming a reservoir that reinfects the whole city.

The foundation said the programme — linked to guaranteed hospital beds for positive cases — was long overdue.

Almost 1,000 people have been swabbed in recent days, it said, with close to 50 coming back positive.

“There are many people living in very tight and confined spaces. In many cases people are living with 10 people in a house... of maybe 20 square metres, which means if one has Covid, the rest have it,” foundation co-founder Friso Poldervaart told AFP.

“It’s usually the case that if people (test positive), they get given a home isolation kit. The issue is here that they cannot home isolate.”

Rice donations, mangosteen juice and a free lunch were among incentives the charity used to encourage hesitant residents to undergo a swab test.

Since April, Thailand has been reeling from a deadly third wave of infections, with more than 1.3 million cases and 13,000 deaths.

The kingdom is also experiencing its worst economic performance since the 1997 Asian financial crisis.

Lockdown restrictions have meant many people already on the poverty line in Khlong Toei lost jobs or income.

Among those getting tested Monday was Praohpilai Jaroenpong, 23, who said many slum-dwellers have no welfare safety net and feel like they have fallen through the cracks.

“It’s bad. Some people in the community are out of jobs and they could hardly put food on their tables,” she told AFP.

As well as testing, the foundation has been delivering 3,000 meals a day to the community along with care packages and medications.

Volunteer tester Ekkachai Moolla, an out-of-work flight attendant, said helping the foundation got him through difficult times and put his basic medical training to good use.

“I can’t wait for the time I can go back to work, but in the meantime, I just enjoy this — coming to help, it’s the best,” he told AFP. — AFP

These were the details of the news Mass Covid testing launched in Bangkok’s biggest slum for this day. We hope that we have succeeded by giving you the full details and information. To follow all our news, you can subscribe to the alerts system or to one of our different systems to provide you with all that is new.