The Anti-Corruption Commission has arrested dozens of officers and retirees 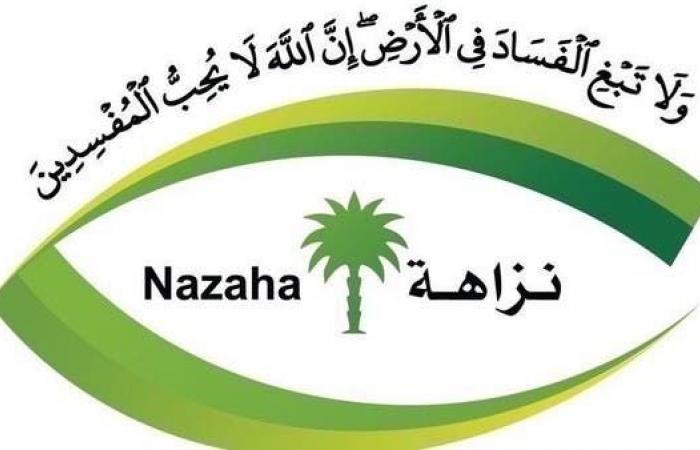 announced Control and Anti-Corruption Authority In Saudi Arabia, it began investigating a number of criminal cases involving officers and retirees.

He added that the officers received, during their period of work in the ministry, an amount of 212 million 222 thousand riyals in payments from the owner of a local company and the representative of foreign companies in exchange for enabling foreign companies to contract with the ministry.

As for the second case, the director of project management in a major contracting company was arrested for paying 24 million riyals in installments, and 500,000 riyals as travel expenses for government employees and their families.

The source explained that these amounts were in exchange for manipulating the quantities and specifications required in government projects.

A retired lieutenant colonel, a thirteenth retired employee from the Ministry of Interior, and a retired brigadier general from the Presidency of State Security were arrested.

And the investigation of another retired employee at the thirteenth rank from the Ministry of Interior, for obtaining tickets and travel expenses from the same company and his family.

In addition, in a third case, an officer with the rank of retired colonel from the Control and Anti-Corruption Authority, and a citizen, were arrested for communicating with those involved in corruption cases during his work and claiming that their cases were kept in return for sums of money delivered to the second.

In the same context, two employees of the Control and Anti-Corruption Authority were arrested in a case, for violating their job duties.

As for the fifth case, a non-commissioned officer of the Control and Anti-Corruption Authority was arrested for communicating with a citizen and claiming the existence of a corruption case concerning him in the authority and asking him to come to the authority, in order to pressure the citizen to drop a case of financial claims filed by him with the police against the relative of the authority’s employee.

In the sixth case, a former university vice-rector in one of the regions was arrested for inflating his bank accounts and real estate wealth during his supervision of the university’s project management.

The total incoming cash deposits and bank transfers amounted to 13 million riyals, and he owns 19 properties, which were found to be from commercial entities contracting with the university.

The seventh case took place in cooperation with the Ministry of Interior, where a soldier working as a covenant officer in one of the emirates and two citizens was arrested, to enable the citizens to obtain 12,467 bullets from the ammunition depot in which he works, for an amount of 51 thousand riyals.

Also, in the eighth case, in cooperation with the Ministry of Interior, three soldiers working in the police of one of the regions and an expatriate were arrested for violating the residency system.

During the transfer of a number of violators of the residency system to the deportation administration in the region, the defendants released the expatriate in return for a sum of 15,000 riyals.

In the ninth case, a non-commissioned officer in one of the governorate’s police was arrested and assigned to work in the “previously” committee to remove infringements, due to the inflation of his bank accounts.

The total amounts deposited amounted to 30 million riyals, and it was found that they came from the sale of random lands without instruments located in the areas in which he is charged with removing the encroachments.

In parallel, the head of the “previous” hearing in the tenth case was arrested in a general court for obtaining two million riyals from a “arrested” property owner in return for completing the procedures for emptying land owned by a cooperative society.

As for the twelfth case, an employee of the branch of the Ministry of Human Resources and Social Development in one of the governorates was arrested for obtaining 20,000 riyals out of 40,000 riyals in return for completing the procedures for canceling a report of absence from work for a resident.

In the thirteenth case, a municipal employee and the owner of a government transaction clearing office “Moaqab” were arrested for obtaining an amount of 13,000 riyals in exchange for canceling the two violations of non-compliance with the precautionary measures to combat the Corona virus.

In addition, in the fourteenth case, in cooperation with the Ministry of Interior, a non-commissioned officer was arrested in one of the prisons for seizing an amount of 460,485 riyals that was in his custody as a cash ration for prisoners.

And the fifteenth case, in which a resident working as a doctor in a government hospital in one of the regions was arrested for setting up a private clinic inside his home and using the hospital’s laboratory and pharmacy for his clinic by analyzing samples belonging to the clinic’s visitors and selling medicines to them.

The sixteenth case, in which an employee of the Ministry of Commerce in one of the regions was arrested in flagrante delicto for receiving a sum of money from the owner of a commercial entity in exchange for canceling violations that were detected on the commercial entity.

Meanwhile, a bank employee and a citizen were arrested in the seventeenth case, because the first received a sum of money in installments from the second in exchange for leaking the customer data of the bank in which he works.

The eighteenth case, in which two employees of the Education Department of one of the governorates were arrested for obtaining an amount of 211,412 riyals by adding financial differences to the monthly salaries of one of them from the Ministry’s salary account in an irregular manner.

In the nineteenth case, in coordination with the Royal Commission for Riyadh City, a resident working as an engineer in the authority was arrested, for receiving a sum of money from one of the executive directors of a company (suspended) in return for providing him with the technical reports prepared by the authority relating to one of the projects submitted for competition.

In addition, in the twentieth case, two citizens were arrested for assaulting a public employee, “the mayor of a governorate” and trying to force him to end illegal treatment procedures.

The authority confirmed that it continues to monitor and seize anyone who uses force, violence or threats against a public official to obtain from him the judiciary of an illegal matter, or to force him to avoid performing one of the work he is legally assigned to, or who infringes on public money or exploits the position to achieve its personal or personal interest. To harm the public interest and hold him accountable even after the end of his relationship with the job, because the crimes of financial and administrative corruption do not fall within the statute of limitations, and that the authority is continuing to implement what the system requires against transgressors without complacency.

These were the details of the news The Anti-Corruption Commission has arrested dozens of officers and retirees for this day. We hope that we have succeeded by giving you the full details and information. To follow all our news, you can subscribe to the alerts system or to one of our different systems to provide you with all that is new.