Mustafa Al-Badri: El-Shennawy and Ashraf experiences that motivated me to return... 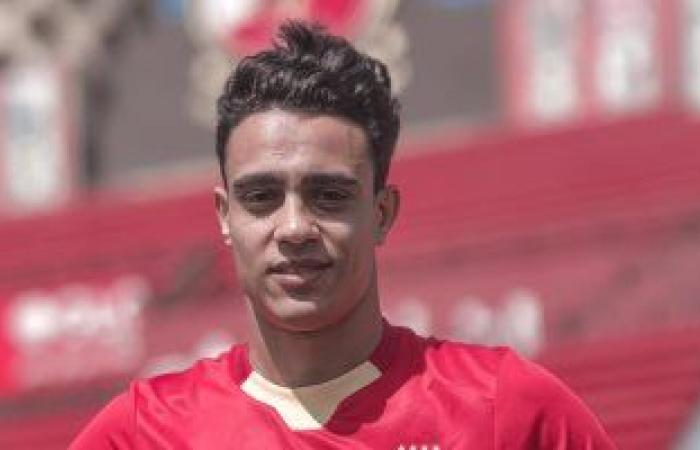 Mustafa Al-Badri, the new Al-Ahly striker who joined the ranks of the first football team from the Military Production Club, specialized in Al-Ahly’s official website with this dialogue, in which he talked about the scenes of the negotiations, why he preferred Al-Ahly’s offer over the offers he received, and how he decided his desire to move to Al-Ahly, as he spoke About his relationship with the players and his ideals and other matters in this comprehensive dialogue.

At first, Mustafa Al-Badri spoke about his return to Al-Ahly and said: “I am very happy to return again to Al-Ahly, which I consider my home and the owner of the credit for everything I have achieved, after I spent a period in the youth sector that was the reason for the development of my level and my appearance well with the team. Military production, which is why I consider my return to be the happiest day of my life.”

Al-Badri revealed part of the negotiations that took place between Al-Ahly and Military Production until the deal was completed, and said: “I did not believe myself when Amir Tawfiq, the club’s contracting manager, contacted me and told me about Al-Ahly’s desire to obtain my services. At that moment I almost flew with joy, and I agreed immediately and without hesitation.”

The new Al-Ahly player spoke about the moment of his departure and said: “When I left the club after a while in the youth sector, I was very sad, and my mother always asked me why she did not continue with the club and I assure her that I will fight to come back and fulfill her dream. There were models that I set in mind to motivate me to return, such as Captain Mohamed El-Shennawy and Captain Ayman Ashraf, who left the club and then returned to achieve a very great career.”

Regarding his ambitions in the coming period, Mustafa Al-Badri said: “I certainly have many ambitions, and I know that things are not related to the technical level only, but there are many aspects, the most important of which is the strong personality on the field and strong commitment all the time.”

The new Al-Ahly player revealed the advice given to him by Mohamed Magdy Afsha, the Al-Ahly player, and said: “Afsha spoke to me, praised me and gave me many tips in order to be more effective against the opponents goal and to be positioned and move properly, and these are valuable tips from a great player and they have benefited me.” strongly. I thank him very much for his stance and I hope to learn a lot from him in the coming period.”

Mustafa Al-Badri concluded his speech by sending a message to Al-Ahly fans, in which he said: “I say to the fans of the club, you are always the bond, and I know that you are the reason for winning all the championships. I thank you for your encouragement and support for me even before I wear the Al-Ahly shirt .. I will remain indebted to you throughout my life.”

These were the details of the news Mustafa Al-Badri: El-Shennawy and Ashraf experiences that motivated me to return... for this day. We hope that we have succeeded by giving you the full details and information. To follow all our news, you can subscribe to the alerts system or to one of our different systems to provide you with all that is new.