Crazy or brave?.. A video of two young men jumping over... 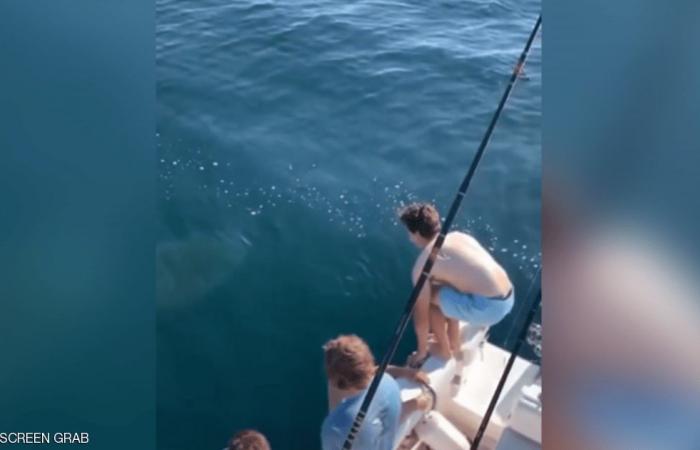 A video filmed in Cohasset, Massachusetts, USA, showed a group of friends on a boat watching Shark Giant, swim down from them.

In the clip, one of the young men appears jumping over the fish, while his companions are surprised by the work he has done.

Seconds later, another young man joined his friend in the water, amid the shouts of those on the boat, the British newspaper “Daily Mail” reported.

The two young men escaped from the shark, as it showed Photography They returned safely back to the boat.

Many of the pioneers commented communication Web-sites On the video, one of them said: “This proves the duration of human strength and courage,” while another suggested that the two young men try more such dangerous adventures with ferocious animals.

These were the details of the news Crazy or brave?.. A video of two young men jumping over... for this day. We hope that we have succeeded by giving you the full details and information. To follow all our news, you can subscribe to the alerts system or to one of our different systems to provide you with all that is new.