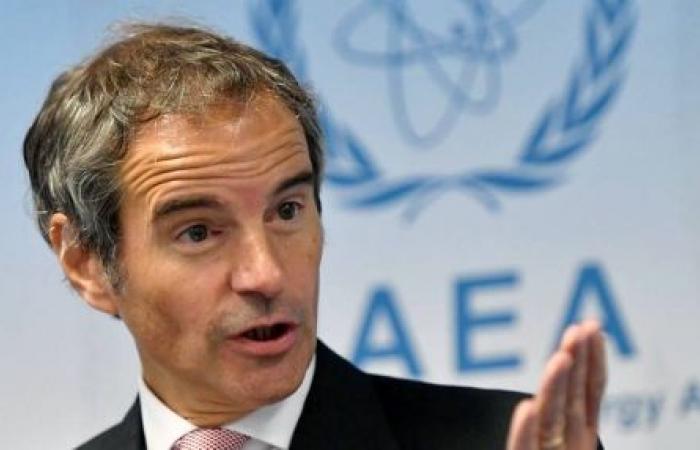 Hind Al Soulia - Riyadh - VIENNA — The UN atomic watchdog said on Tuesday that Iran has continued to increase its stockpile of highly enriched uranium that could be used to make nuclear weapons in contravention of a 2015 accord with world powers that was meant to contain Tehran's nuclear program.

The Vienna-based agency told members that its confidence in properly assessing Iran's activities — what it called the continuity of knowledge — was declining over time and that would continue "unless the situation is immediately rectified by Iran.

The IAEA said certain monitoring and surveillance equipment cannot be left for more than three months without being serviced. It was provided with access this month to four surveillance cameras installed at one site, but one of the cameras had been destroyed and a second had been severely damaged, the agency said.

Its director-general, Rafael Mariano Grossi, said he was willing to travel to Iran to meet the recently elected government for talks, according to the News18 report.

Tehran is only permitted to stockpile 202.8 kilograms of uranium under the nuclear deal known as the Joint Comprehensive Plan of Action, or JCPOA, which promises Iran economic incentives in exchange for limits on its nuclear program, and is meant to prevent Tehran from developing a nuclear bomb.

The US unilaterally pulled out of the nuclear deal in 2018 under then-President Donald Trump, but Britain, France, Germany, China and Russia have tried to preserve the accord.

Tehran's strategy of deliberately violating the deal is seen as an attempt to put pressure particularly on Europe to provide it with incentives to offset crippling American sanctions re-imposed after the US pullout.

President Joe Biden has said he is open to rejoining the pact. The last round of talks in Vienna ended in June without a clear result. — Agencies

These were the details of the news IAEA says Iran pressing on with uranium enrichment for this day. We hope that we have succeeded by giving you the full details and information. To follow all our news, you can subscribe to the alerts system or to one of our different systems to provide you with all that is new.