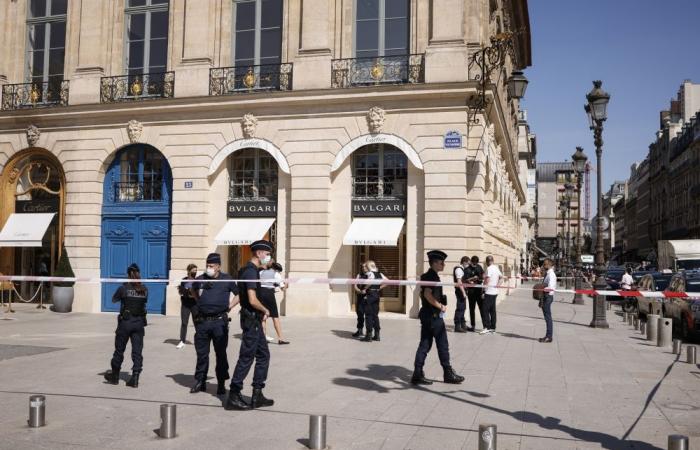 Just before midday, three men, dressed in elegant suits and armed with rifles, robbed the recently renovated shop on the square in central Paris where the Ritz is located.
The three escaped in a car, while four others, who had participated in the crime, fled on motorbikes. The three had to leave their car and start running before the police who were chasing them arrested two of them.

And there have been a series of robberies at jewelry stores in Paris in the past few months. Security and crime issues are likely to top voters’ concerns in next year’s presidential elections.

And last July, thieves in an attack on the Chaumet jewelry store near the Champs-Elysees stole movables valued at about two million euros (2.4 million dollars), but the stolen items were later recovered and the police arrested the suspects. The Dean Van jewelry store in central Paris was also subjected to an armed robbery in the same month.

These were the details of the news All-fashioned thieves steal millions in jewels from Bulgari, Paris for this day. We hope that we have succeeded by giving you the full details and information. To follow all our news, you can subscribe to the alerts system or to one of our different systems to provide you with all that is new.