Hole inside a rock.. A picture of the first rock sample... 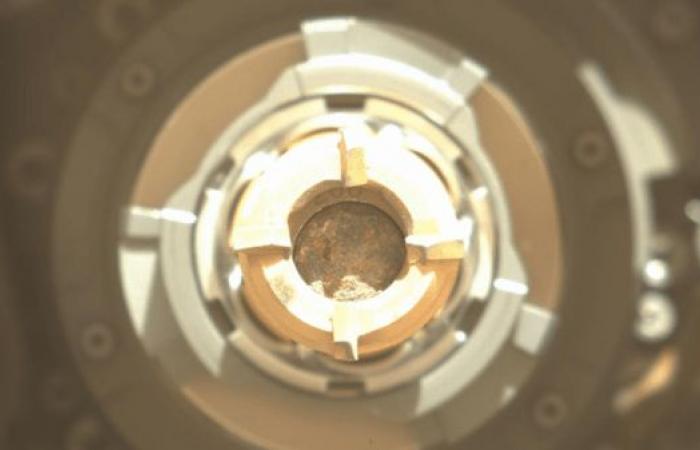 The latest NASA space probe on Mars has succeeded in collecting the first rock sample to return to Earth, after an attempt failed last month.

Adam Steltzner, chief engineer of the Perseverance probe, described the sample as perfect. “I’ve never been happier seeing a hole in a rock,” he wrote on Twitter on Thursday.

But a month ago, Perseverance drilled into softer rock, and the sample had collapsed and did not enter the titanium tube.

The probe traveled half a mile to a better place for sampling in another attempt. Team members analyzed the data and images before declaring success.

In February, Perseverance reached Jezero crater on Mars, believed to be home to a lush lake bed and river delta billions of years old, in search of rocks that might hold evidence of ancient life.

Engineers hope to return as many as thirty samples to Earth within about a decade.

These were the details of the news Hole inside a rock.. A picture of the first rock sample... for this day. We hope that we have succeeded by giving you the full details and information. To follow all our news, you can subscribe to the alerts system or to one of our different systems to provide you with all that is new.