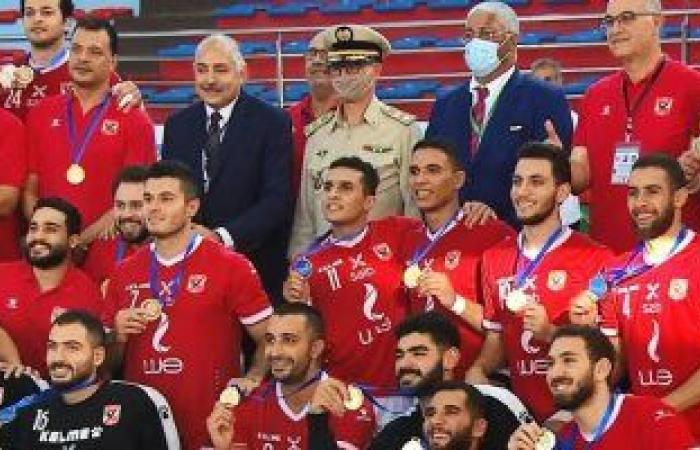 Al-Ahly men’s handball club crowned the African Cup of Cup Winners’ Cup title in Morocco, by defeating Moroccan Widad Samara 28/23 in the final, to win the title for the fourth time.

Al-Ahly men’s team qualified for the final by defeating Into Club of Angola, 34/30 in the semi-final yesterday.

The men’s handball team in Al-Ahly Club, led by its technical director, Tariq Mahrous, defeated the Senegalese in the quarter-finals.

Al-Ahly club’s men’s handball team succeeded in achieving the full mark in the group stage by defeating its Cameroonian counterpart, FAP, 48/23, in its third confrontation in the African Club Championship.

Al-Ahly team snatched the first victory, 46/26, against Rima, the Niger, in the kickoff of the competition, before defeating Red Star, the Ivorian, 45/26.

These were the details of the news Al-Ahly crowned the African Handball Cup champion for the fourth time for this day. We hope that we have succeeded by giving you the full details and information. To follow all our news, you can subscribe to the alerts system or to one of our different systems to provide you with all that is new.