191 billion dirhams UAE trade with Arab countries during the first... 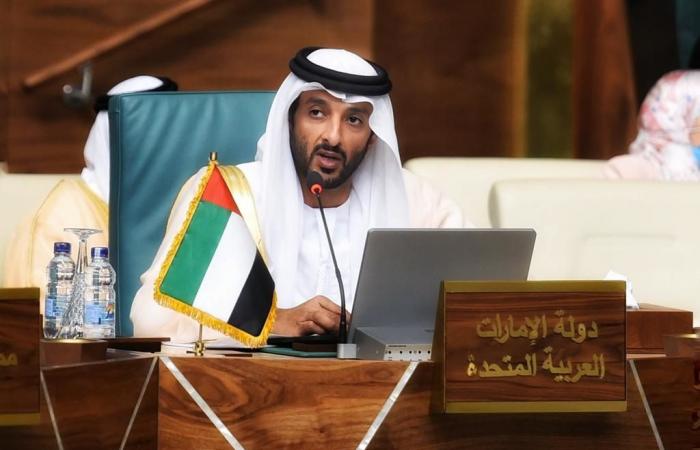 The Minister of Economy, Abdullah bin Touq Al Marri, representing the UAE, participated in the meeting of the 108th session of the Economic and Social Council of the League of Arab States, which was held at the headquarters of the League’s General Secretariat in the Egyptian capital, Cairo today.

A statement issued by the Ministry of Economy revealed that the volume of trade of Arab countries with the world during the year 2020 amounted to about 1.27 trillion dollars, of which the UAE accounted for 25%, while non-oil trade exchanges between the UAE and the group of Arab countries reached during the first half of the year. 2021 to 191 billion dirhams, compared to 148 billion dirhams in the first half of 2020, a growth of 29%.

The Minister of Economy stressed the keenness of the UAE, under the directives of its leadership, to provide full support for the efforts of joint Arab action for development, and to endorse and support the Council’s recommendations in order to achieve the development aspirations of Arab countries, calling for intensifying cooperation to increase inter-Arab trade.

He also affirmed the UAE’s support for Arab efforts in this regard, especially through the development of work and coordination mechanisms within the framework of the Greater Arab Free Trade Area and the Arab Customs Union, noting that this issue is of greater importance in light of concerted global efforts to facilitate trade and enhance its role in accelerating recovery. economy, and achieving a safe transition to the post-Covid-19 phase.

He said that enhancing the efficiency of trade and customs policies, and the procedures applied by Arab countries to remove obstacles and ensure the smooth flow of goods and services and the effectiveness of supply chains between them, is one of the priorities of the stage.

These were the details of the news 191 billion dirhams UAE trade with Arab countries during the first... for this day. We hope that we have succeeded by giving you the full details and information. To follow all our news, you can subscribe to the alerts system or to one of our different systems to provide you with all that is new.