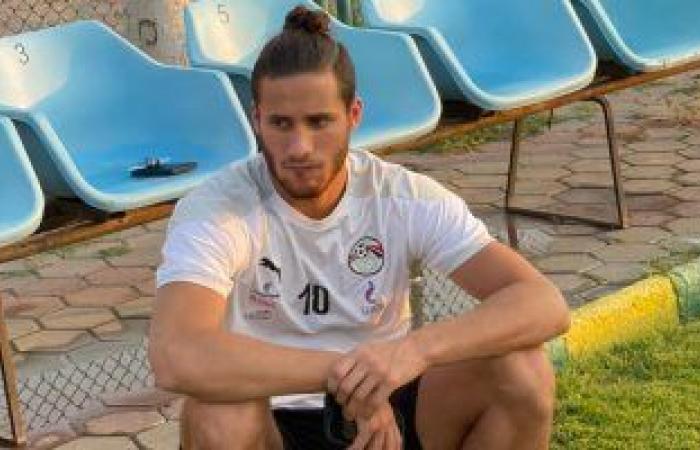 The x-rays that Egypt national team player Ramadan Sobhi underwent proved that he had dislocated one of his fingers, and it was returned yesterday evening, after the match between Egypt and Angola in the World Cup qualifiers.

The medical staff decided to make a splint for the player, with which he will appear in today’s training, and his position on whether to travel to Gabon or not will be decided after the training.

Egypt’s national team achieved a difficult victory over Angola, with a clean goal, in the match that took place between them yesterday, Wednesday, at the Air Defense Stadium, as part of the first round of African qualifying matches for the World Cup..

The national team’s only goal was scored by Mohamed Magdy Afsha from a penalty kick obtained by Ahmed Aboul Fotouh, after the Angola defender blocked him inside the penalty area in the 4th minute..

With this result, the Egyptian team won the first 3 points in the African Nations qualifiers for the 2022 World Cup Qatar, and the team will leave to face Gabon outside the country on September 5th.

These were the details of the news Ramadan Sobhi injured his finger for this day. We hope that we have succeeded by giving you the full details and information. To follow all our news, you can subscribe to the alerts system or to one of our different systems to provide you with all that is new.